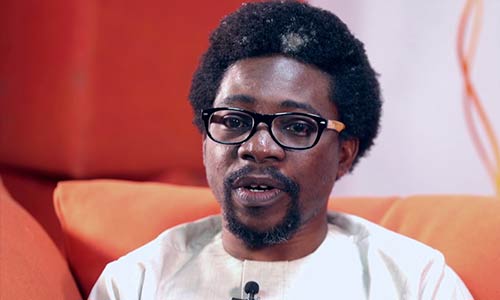 Human rights activist and EndSARS campaigner, Segun Awosanya, says he will embark on a walk with the governor because he is promoting peace in the society.

Mr Awosanya, a member of the Lagos State Judicial Panel of Inquiry which probed cases of police brutality and #LekkiMassacre, made the statement while speaking with Channels Television on Politics Today show on Thursday evening.

He said he is ready to join Lagos Governor Babajide Sanwo-Olu in the proposed peace walk, if he was in Nigeria.

“Because I am an advocate for peace, justice, equity and fairness, I will walk with anybody who wants peace,” he said.

“There are no absolutes. Because I agree with some people on certain things does not mean I am in alignment with them. So if I walk with the Governor today, it does not stop me from criticising the Governor.”

On Tuesday, during a press conference, Mr Sanwo-Olu asked the forerunners of last years’ #EndSARS protests to join him for an “historic march for our dear Lagos”.

However, Debo Adedayo (Mr Macaroni), Folarin Falana (Falz), Seun Kuti and Dele Farotimi and other notable public figures rejected the invitation by the governor. They are all demanding for justice over the death of the protesters at the Lekki Tollgate as contained in the report of the Lagos#EndSARS panel.