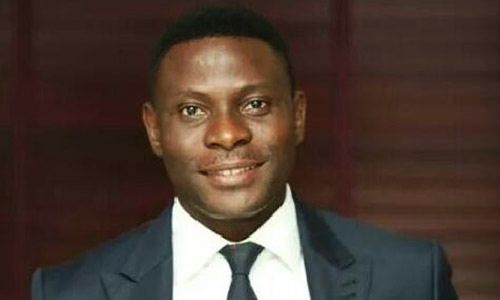 Mr. Seun Lawal, has claimed ownership of the write-up that gave an eye witness of how Sowore was arrested.

Mr. Seun Lawal in his statement noted that the statement which was attributed to Mr. Adeniyi Adegbonmire, SAN, that DSS never arrested Sowore in the Court was actually his.

Below read his press statement

Yesterday, I made a statement on this platform regarding an eyewitness account of my friend, Wale Fapohunda, in relation to the Sowore re-arrest debacle that was the subject of many discussions on the platform. I made this post here, penned under my name Seun Lawal, and expressed as a reference to the conflicting narratives that have been disseminated on social media outfits and WhatsApp group platforms.

Unsurprisingly, some unscrupulous elements took this statement of mine and attributed it to Mr. Adeniyi Adegbonmire, SAN, and wrongly credited it to him. To be certain, Mr. Adeniyi Adegbonmire, SAN, never made this statement. I, Seun Lawal, did. And it was the statement made by my friend, Olawale Fapohunda, who happens to share the same first and last names with Wale Fapohunda, the Honourable Attorney-General of Ekiti State.

Apparently, some individuals on this platform went on social media and credited my statement to Adeniyi Adegbonmire, SAN, and made the categorical assertion that the Learned Silk was talking about Wale Fapohunda, AG Ekiti State, and accused the learned Attorney-General of making such an outrageous statement regarding this matter that has heated up the entire polity so aggressively.

To set the record straight:

1. Mr. Adeniyi Adegbonmire, SAN, did not make this statement yesterday. I, Seun Lawal, did.

2. My reference to Wale Fapohunda in my statement was not regarding Mr. Wale Fapohunda, Attorney-General, Ekiti State, but to another Wale Fapohunda, my friend and brother, also a legal practitioner in Lagos State, and who is also known by several people on this platform.

Wale Fapohunda (not the Attorney-General) was in court yesterday when the Sowore incident transpired, and the statement I posted yesterday was in relation to his eyewitness account.

This incident is an unfortunate reminder of what fake news would and can do to us as a profession if we do not deprecate actions such as this in the strongest possible terms and take steps to ensure that they never happen again. Somebody mischievously took my statement and attributed it to someone else and, by extension, to yet someone else, making the entire statement an embarrassing distortion of the truth. At the moment, I understand that the Attorney-General of Ekiti State and Mr. Adeniyi Adegbonmire, SAN have become the subjects of malicious social media attacks on Twitter and Facebook due to the perpetration of this mindless and deliberate peddling of fake news. This is unfortunate, and that is putting it very mildly.

I implore the Administrators of this Platform to institute an investigation of this incident and fish out these bad elements amongst us and publicly reprimand them for their disingenuous attempt to stoke the flames of discord where there is none.

I appreciate your patience in reading this clarifying statement. Thank you.