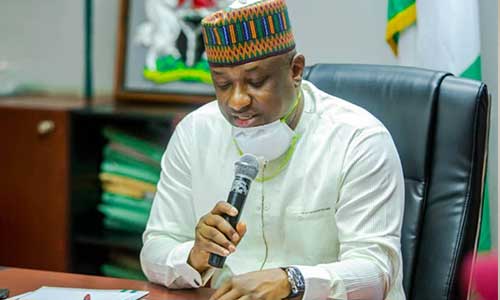 Minister of State for Labour and Employment, Festus Keyamo has explained how Nigeria can stop being the poverty capital of the world.

The minister explained that the empowerment of people in rural areas under the Special Public Works (SPW) Programme would help lift the poverty status of the country.

Keyamo said that countries such as India, China and Bangladesh adopted the programme to lift their countries out of the league of poor nations.

He spoke during a press conference on Thursday in Abuja.

Under the programme, workers recruited through the 774 Local Government Areas will be paid N20, 000 each for the three months duration of the programme.

“This Programme was one of the main reasons Indian quickly dropped in the poverty index and Nigeria overtook India at a point.

“Consequently and arising from the need and desire of the Federal Government to create massive jobs at the lowest rung of the economy as well as to maintain critical public and social infrastructure at the rural base of the economy, Mr. President has approved that we also adopt and integrate this type of Programme into the Nigerian economy,” the minister said.

Keyamo said that Buhari has given approval for the extension of the programme aimed at recruiting 1, 000 workers in each local government areas in the 36 states and the Federal Capital Territory, Abuja.

The SPW will be implemented across the 774 LGAs in the country by the National Directorate of Employment in rural communities.

He said: “You will recall that the minister of finance, budget and national planning announced the approval of Mr. President for the extension of this Programme to all 36 states and the FCT from October – December 2020 as a means of mitigating the effect of the COVID -19 pandemic on the economy.

“The Programme is also expected to provide modest stipends for itinerant workers to undertake roads rehabilitation and social housing construction, urban and rural sanitation, health extension and other critical services. Hence the directive of Mr. President for the NDE to collaborate with other ministries with rural components in their mandates.”