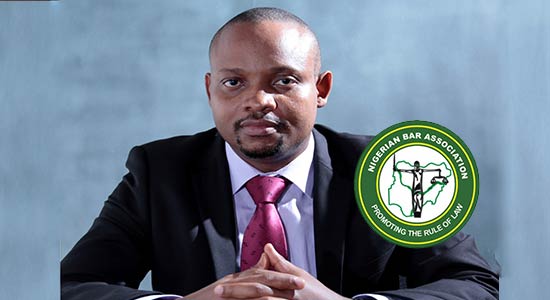 *Says Members Of The Panel Have Done A Good Job
*Says They Deserve Accolades, Not Victimization

The Nigerian Bar Association, NBA, has reacted to the alleged threats against a member of the Lagos State Judicial Panel of Inquiry, Ebun-Olu Adegboruwa, SAN.

Recall that Adegboruwa has raised alarm over attacks by persons he suspected to be agents of the government. He said on Monday 22nd November, 2021, that two prominent lawyers of government have been inciting opinions against him on national television and his only crime is accepting to be part of the EndSars Panel to represent NBA, civil society and the masses. He lamented also that one of the EndSars protested was attacked last night with machete blows. He called on the people of Nigeria, the NBA and Civil rights movements to hold government responsible should anything happen to him.

In a statement made available to TheNigeriaLawyer signed by its Chairman, Ikechukwu Uwanna, NBA Lagos Branch said Adegboruwa and other members of the panel deserve protection. According to the Branch, the panel members have done a good job and deserve accolades, not victimization

The statement reads in part, “We have read with grave dismay the statement issued by one of the senior members of the Nigerian Bar Association, Lagos Branch, Ebun-Olu Adegboruwa, SAN, who was appointed by the Lagos State Government to sit on the Lagos EndSARS Panel. The statement presupposes that he is being threatened for performing the functions of his appointment.

“It is our firm view that when citizens are called upon to perform certain civic responsibilities, as Mr. Adegboruwa SAN and other eminent Nigerians that constituted the Panel, as well as those that aided the Panel to seamlessly perform its duties, they should be protected.

“The members of the Panel have done a great job deserving of accolades and not victimisation, slander, character assassination or threats.”

The NBA Lagos Branch called in the government of Lagos State and every responsible government agency to ensure safety of Adegboruwa and the other members of the panel including those who testified during the proceedings of the Panel.

“Consequently, we call on the Government of Lagos State, and every responsible agency of government, to ensure that the safety and welfare of Mr. Adegboruwa SAN and all other members of the Panel are protected. The lives of all the persons who testified before the panel should equally be protected.

“The NBA, Lagos will not sit idle and watch the safety and welfare of its members, and other well-meaning members of the society, put to a threat.” the statement further reads