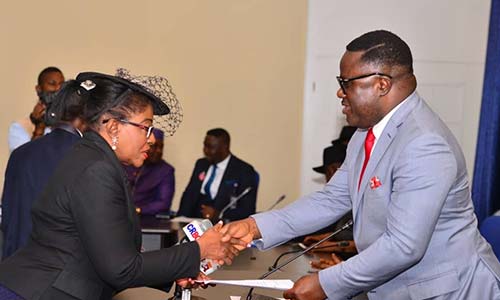 Gov. Ben Ayade of Cross River has sworn in Justice Akon Ikpeme as the acting Chief Judge of the state, News Agency of Nigeria (NAN) reports.

This followed the retirement of the former chief judge, Justice Michael Edem.

Ayade said: “I have full respect for Section 153 of the 1999 Constitution as amended, which provides for the setting up of the National Judicial Council to safeguard the judiciary from the executive.”

He said that the National Judicial Council was the final authority on matters involving the appointment of the Chief Judge of the state.

“I also recognise the role of the governor as well and the right thing to do at this point is what the state has done by swearing in an acting chief Judge,” Ayade said. 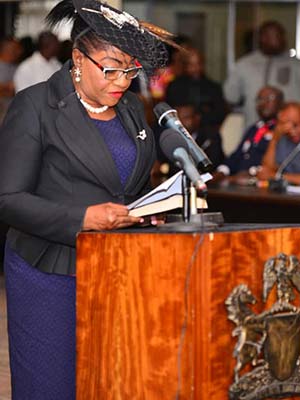 The governor maintained that the beauty of the law is that it is derived from morality, ethics and norms of the people.

Ayade, who was impressed at the acting Chief Judge’s curriculum vitae, said that he had no doubt on her intellectual capacity to drive the judiciary of the state to greater heights.

“Let me congratulate you for this great feat because I know as a woman you have higher ethics and higher morals and I believe that as a mother, all of those qualities will come to bear,” the governor stated.

Responding, Ikpeme thanked God for the opportunity to serve and pledged to work with sincerity during her tenure.

While applauding the governor, Ikpeme charged him to continue to uplift the judiciary for the betterment of the state and residents. (NAN)