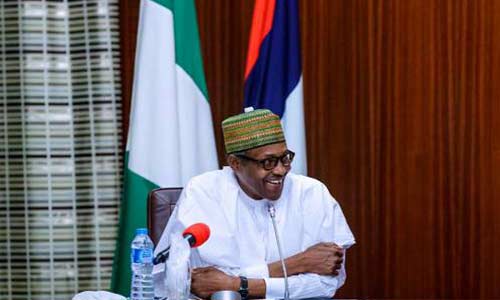 In this piece, FEMI MAKINDE examines the anti-corruption war of the Muhammadu Buhari-led Federal Government and how it can be made more effective and sustainable

One of the three major promises made by Major Gen. Muhammadu Buhari (retd.), which unarguably gave him victory in the 2015 presidential election, was his determination to fight corruption to a standstill. The other two are curbing insecurity and improving the economy.

No one was in doubt that Nigeria needed strong and effective strategies to curb the people’s corrupt practices, which had become endemic.

One of the anti-graft agencies of the government – the Economic and Financial Crimes Commission – was activated along with the Independent Corrupt Practices and other Related Offences Commission to track down those accused of stealing public funds or corruptly enriching themselves in other forms. Many of those accused, including highly placed individuals – were arraigned in court and some convicted.

While some feel that the anti-corruption war has been one-sided, there are people that applaud the Buhari administration for having started the crusade even though it has just scratched the surface.

Nobel Laureate, Prof Wole Soyinka, a few days ago in his assessment of the issue, said had recorded success in the anti-corruption battle, noting that the efforts made by the President in this regard showed that it was no longer business as usual in Nigeria.

Soyinka, who spoke on the BBC programme, Hardtalk, on Monday, said, “I frankly despise those who try to trivialise it (the war against corruption) in Nigeria simply because they don’t like the face of the man who is behind it. But it is no longer business as usual in Nigeria because we have bankers who are on trial; we have legislators who are on trial and we have former governors who are on trial. Immediately they step out of the office, they are grabbed by the anti-corruption agencies.”

Indeed, many agree that corruption has almost brought the country to its knees. For instance, despite the abundant availability of natural resources such as crude oil, gas deposits and various precious stones, good climate and fertile land for agricultural practices, Nigeria still holds an unenviable record of being one of the eight nations where people suffer extreme hunger and deprivation as a result of poverty.

Inadequate housing, deplorable condition of roads, ill-equipped hospitals and schools are among the evidence of underdevelopment in almost all regions of the country despite that oil money is being shared on monthly basis.

Corruption is not limited to bribery and embezzlement of funds. This is why many believe that public office holders must be above board and should not use their offices to amass wealth; that they must shun favouritism, nepotism and stop all forms of wastage.

Notwithstanding the efforts of the Buhari administration, it is obvious that corruption still thrives even under his watch.

This was the reason for the public outcry against the delay to sack the former Secretary to the Government of the Federation, Babachir Lawal, after being implicated in alleged fraud investigated by a team led by Vice-President Yemi Osinbajo.

Lawal was eventually suspended and it took about two years before he was arraigned in court by the EFCC.

Based on the prevalence of corruption in the country and its debilitating effects on the nation and its people, many stakeholders agree that Nigerian needs to re-strategise its war against corruption in order to make it more effective.

A former National First Vice President of the Nigerian Bar Association, Justy Erhabor, said the best strategy to fight corruption was to prevent it.

He said there should be a system to prevent people, especially those holding public offices, from having access to cash. He said doing that would help in a great way to wage an effective war against graft.

Erhabor stated, “The reactionary method of punishing those who are corrupt is outdated and ineffective. We have workers in banks, who have access to cash but there is a system in place in those banks which prevents them from dipping their hands into the money and steal. It is easier to run government in such a way than running after those who have stolen. We should make it impossible for people to have access to public funds.

“It is not that the people in those advanced counties do not have the desire to help themselves with public funds but their system will not permit it. That is where we should go.

“That is why I like this Single Treasury Account introduced. Let us make it impossible for anybody, including the President and the governors, to have access to government’s funds.”

For a former Minister of Transport, Chief Ebeneezer Babatope, the current government is not fighting corruption at all.

He said for any anti-corruption war to be effective, there must be the political will and the government as well as the anti-graft agencies must go after any corrupt person irrespective of the political party they belonged to and their religious affiliation or ethnic background.

Babatope said, “There is no anti-corruption war in the country. The so called anti-corruption war does not make any sense at all because you see a well-known corrupt person but immediately such person crosses from one party to the All Progressives Congress, their sins are forgiven, no matter how much they stole. What is the meaning of the corruption they are fighting? When known thieves are treated like saints, will you call that anti-corruption war? They are just deceiving themselves. To wage an effective war against corruption, it must be done in a transparent manner and devoid of double standard.”

The National President, Committee for the Defence of Human Rights, Malachy Ugwummadu, said apart from all the strategies to fight graft, the Nigerians must be guaranteed of better life, adding that people would always dare to steal if they felt their future was not secured.

“There must be a secured and determinable legal regime that addresses the administration of criminal justice; in which case, you have put the bar and the bench that are not just committed but have managed to build a consensus against corruption. But the fight must be according to the law.

A Senior Advocate of Nigeria, Mallam Yusuf Ali, also told SUNDAY PUNCH that a strong political will was necessary for an effective anti-corruption fight.

Ali said, “The there must be political will and a sincere commitment to the anti-corruption fight. Also, we must not be selective in the way we apply the law; whoever violates the law must be prosecuted. There must be a total reorientation of everybody in the country. We must make people to know that corruption is evil and tell them the effects of it.

“We must make the anti-corruption fight a mass movement. I will give this analogy. In a room of 10 occupants, if only one of them is honest, the rest nine people will bring down the work of the one honest man because they are more in number. That is what is happening in our country. About 80 per cent of Nigerians do not buy this anti-corruption fight and this can be seen from their attitude.

“To most Nigerians, corruption is wrong if it is done by people outside their religions, those who are not their friends or members of their ethnic groups. But if the same thing is done by those who are close, they don’t see it as corruption. We must not lay so much importance on materialism. Honest men and women are looked down upon while we celebrate materialism. Our societal values must be enhanced.

The Chairman, Centre for Anti-Corruption and Open Leadership, Debo Adeniran, said there must be no sacred cows in the anti-corruption war if it would be effective.

He added, “We have to make sure that all the corrupt elements found out are properly investigated, openly tried and publicly convicted in a way that will serve as a deterrent to others. If the penalty is not deterrent enough, people will continue to perpetrate corruption.

“Preventive measures must be taken to make sure that it is very difficult to perpetrate corruption and the system must be put in place to ensure that anybody that commits corruption will be caught. The whistle-blowing policy should be made stronger and the Treasury Single Account should be fully implemented. It has helped to curb corruption to some extent in the public offices and the BVN should be fully implemented. These will make it impossible for individuals to open accounts on behalf of ministries, departments and agencies.”

The Chairman, Democratic Socialist Movement, Mr Alfred Adegoke, who is also a lawyer, said the issue of fat salaries and other emolument for politicians should be addressed.

He said political office holders should not be paid higher than the highest paid civil servant. This, he said, would make only people with genuine intentions to serve the people to come out and serve and not looters.

Adegoke said, “I must mention on corruption that you cannot have the capitalist system without corruption given the fact of the contract system, which appropriates public property to private property.”

A former Deputy Inspector-General of Police, Mr David Omojola, said security agencies, especially the police, had a major role to play in the war against corruption.

He stated, “We have heard about efforts of the government to fight corruption but we need to carry out a reorientation among the police. We must move away from colonial policing and embrace the best practices as being done all over the world. I know Nigeria is trying but we can do more.

“Although there is corruption in every sector, when law enforcement agents like the police are performing well, society will fall in line. We must also celebrate people who have done well; an example is the late Prof Dora Akunyili. There are a lot of things that can be done to honour her posthumously and others. This will encourage other people to emulate them.”