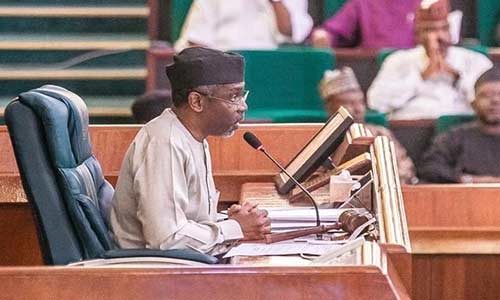 The House of Representatives Speaker, Hon. Femi Gbajabiamila has said that there is a need to come up with a legislation on cryptocurrency, which is gradually becoming acceptable all over the world.

The Speaker said the legislation became necessary to regulate transactions involving cryptocurrency for Nigeria not to be left behind.

Gbajabiamila stated this while playing host to the board of the Nigerian Deposit Insurance Corporation (NDIC) led by its chairman, Ronke Sokefun who paid him a courtesy visit, saying that he believed the corporation’s mandate was critical to the financial sector of Nigeria’s economy.

A statement signed by the Speaker’s Media Adviser, Lanre Lasisi quoted him as saying that the House would structure the corporation to enhance the agency’s statutory functions, adding that the House would look at the law establishing the agency to make amendments that would ensure that some of its functions do not overlap with that of the Central Bank of Nigeria (CBN).

“On the issue of cryptocurrency, I think block-chain technology is novel and coming up strong. We don’t want to be left behind

“Not too long ago, a group of world leaders, G20 met in Osaka, Japan and one of the issues they discussed was block-chain technology and cryptocurrency.

“They had a sub-group of leaders called the V20 established from that meeting. It’s an assemblage of virtual currency representatives. I think the world is taking the issue of cryptocurrency and block-chain technology seriously. We don’t want to be left behind, and we have to take it seriously.

“The House is ready to work with you on that so that we don’t get left behind, and within legislation and regulation of block-chain application that will put Nigeria within that rank of advanced technology.

“I’m aware that we trade on different platforms about $12 million on yearly basis in this country, and a lot of these things, as you said, are in the air but not captured. It is time we begin to look seriously at this advancement in technology,” the Speaker said.

On structuring the corporation, the Speaker said “there seems to be a blurry line over some of your functions and that of CBN: some overlapping functions.
“I think we need to structure NDIC so that the lines are clearly defined. I’m sure if that hasn’t happened already, there will be times, if not now but in the future when those grey areas might cause issues between you and the CBN.‎”

Speaker Gbajabiamila also assured that the yet-to-be-constituted House Committee on Banking and Currency would pay adequate attention to the activities of the corporation and that suggestions on how to collaborate with the House would be welcomed.‎

Earlier, the NDIC chairman Sokefun said the visit ‎was to congratulate the Speaker on his emergence and acquaint him with the basic functions of the corporation being a critical player in the Nigerian financial sector.

‎She said the corporation has achieved remarkable success in its 30 years of operations, noting that it was the first public sector institution in Nigeria to receive three international standards certification.

She said NDIC the corporation has been remitting pension and national housing funds, among others, to the appropriate quarters and that it was adjudged the best performing ministerial sector unit by SERVICOM.

Can A Wife Without A Male Child Inherit Her Husband’s Property?