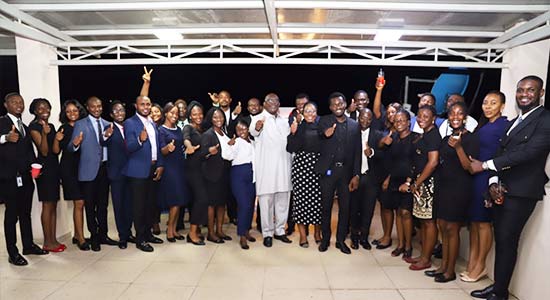 The event, which began at 6:00 pm, was well attended. As is usual with events hosted by the Learned Silk, members of the football team enjoyed some of the most exquisite drinks and finger foods available on the market.

As the players enjoyed themselves and danced to the groove of music of the night, Joe-Kyari Gadzama SAN appreciated each and every one of them for making the time to attend training sessions and representing his firm at the football competition. He promised the team that he would continue to support them and would register for the next football competition.

The event, which wasn’t a speech-making event, turned into an entertaining social outing for the team as they continued to dance all through the night.