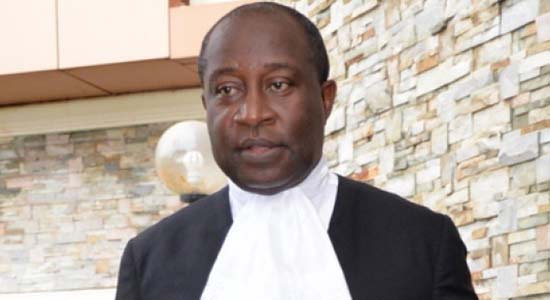 *Says Corruption in the judiciary borne out of pressure from politicians

A Senior Advocate of Nigeria, Mr. Emeka Etiaba, has said that the major problem of the judiciary is funding.

Etiaba, in an interview with the Sunday Sun, said the autonomy of the judiciary should be respected including their finances. Thus, their budgets should not be tampered with.

“Funding, funding is the first problem. We need to allow the judiciary; the constitution has stated there should be independence of the judiciary. The independence actually also extended to their finances. Let the judiciary take their monies from the coffers, not from the executives direct. Secondly, the state assembly or the national assembly must make sure the judiciary budgets are not tampered with. These are not things you should tamper with, they are necessary, they are not luxury issues. He said

Furthermore, the Senior Advocate of Nigeria who happens to be the People Democratic Party (PDP) governorship aspirant for the November 6 election in Anambra State, also faulted the mode of appointment of judges. According to him, is on reward basis instead of merit. He added that corruption in the judiciary is borne out of pressure from politicians. He pledged to put a stop to it when elected.

He said, “The judiciary has a major issue. The mode of appointment t of judicial officers where people believe it’s a reward scheme, shouldn’t be like that. We must make sure that people who are qualified get into the judiciary. The institution where you have old people in their 60s becoming judges that do not mean well for our people. When the people we are actually competing with send their own at 35 and 40s they have produced judges by the time they are 45, 50, they are in the Supreme Court.

Our people go to Supreme Court, stay two, three months and retire. It doesn’t make sense. I will make sure that the pressure that judicial officers receive especially from politicians because when you talk of corruption in the judiciary sometimes it is borne out of pressure from the politicians. You noticed that most times those of us who are lawyers and active litigation lawyers, you find out that discordant judgments mainly prevail in political cases, when you talk about commercial and issues that relate to non-political matters the judgment comes out strong, but when it comes to political judgments anything can go because there’s too much pressure.

The “pressure’ is not necessarily money, money. if I have a friend that I believe that I’m instrumental to his elevation and the person is adjudicating in the matter I have interest, once I start calling the judge to please do it this way, that pressure is actually more deadly than money.

So, as a governor, I will make sure that the judiciary is shielded from such influence and the way to shield the judiciary from such influence is by making sure that no one man will claim the glory that a judicial officer was appointed based on his recommendation. Again, if their condition of service is improved then they are likely not to go for bribes. I have often said that we say that judicial officers should not take bribe, but again, the condition of service makes it impossible for them not to take bribes. These are things we will look into and make sure thing go right.”