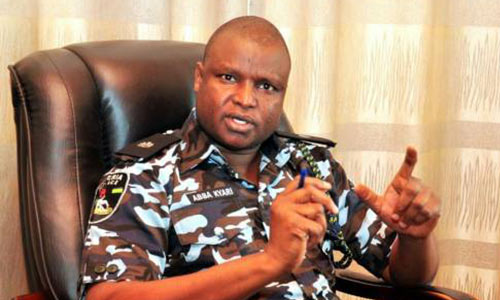 DCP Abba Kyari, the Commander, Intelligence Response Team, has said that the involvement of the Fulani in kidnapping had compounded the security situation in Nigeria, Dailytimes report

He called for the deployment of intelligence and acquisition of sophisticated technology to tackle kidnappers that took actions to escape arrest. Kyari made this known at the 2019 Annual General Meeting of the American Society for Industrial Security International, Chapter 273, Abuja, on Sunday.

Kyari said, “The criminals have now understood that the police and other law enforcement agencies have developed capabilities in phones and have deployed more evasive means in executing their crimes; one of such smart moves by the kidnappers is the use of victims’ phones for ransom negotiations, a development which has made it increasingly difficult to track the criminals even after the release of the hostage.

Buhari approves recruitment of 400,000 Policemen “Special attack helicopters are needed to provide air support to flush out kidnappers’ camps in the forests and remote locations that are not accessible in places like Kaduna, Kogi, Niger and Zamfara forest which is currently being occupied by gangs of Fulani kidnappers.” Kyari said: “ Involvement of the Fulani in kidnapping had compounded the security situation along Abuja-Kaduna-Zaria-Kano roads; Okene-Lokoja-Obajana Expressway; Abuja-Jere-Kagarko-Jos Road, Kaduna-Birin Gwari-Minna Highway and some parts of the South-West and South-South,” the detective noted.

I Support The Peaceful Protest March Demanding Compliance With The Court...

Mrs Joyce Oduah – A Quintessential Bar Woman And The Next...