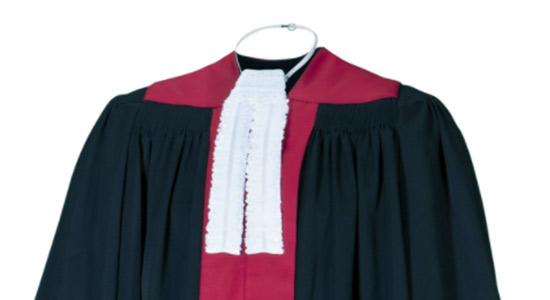 Says they’re ready to accept a one (1) year lump sum payment and thereafter, the balance could be staggered in the subsequent months

The 29 Magistrates who were engaged by the Cross River State government from private bar in February 2019 have told the governor of the state, Prof. Ben Ayade, that forfeiting their 24 months salary will cause them great hardship

This is contained in a reply letter addressed to the governor dated January 19, 2021 sighted by TheNigeriaLawyer titled: “LETTER OF RESPONSE TO YOUR REQUEST”

The Magistrates, in the letter, said they are already indebted to schools, landlords and banks amongst others

“May we appreciate you for your understanding of our plight and the steps you have taken to ensure the resolution of this lingering issue of the non-payment of our salaries through the oral communication we got from the Hon. Attorney-General of our State.

“However, we wish to humbly state that forfeiting our 24 months salaries to enable you pay us from January 2021 will cause us great hardship, owing to the fact that we are heavily indebted to banks, schools, landlords, money lenders and loans from friends and family for our survival in the past 2 years.” the letter reads in part

The Magistrates, however, requested the state government to pay them one (1) year lump sum while the balance should be paid subsequently

They said, “Your Excellency, nevertheless, we are open to accept a one (1) year lump sum payment and thereafter, the balance could be staggered in the subsequent months.”

Recall that no fewer than 30 Cross River State magistrates have protested against non-payment of their 24 months salaries at the Governor’s Office in Calabar.

The protest which started with a “lone man” Mrs and her two children later metamorphosed into a full blown one with other affected Magistrates joining the exercise at the governor’s office.

The Attorney General of the state, Mr. Tanko Ashang, who reportedly intervened claimed that their appointments were fraudulent.

However, on January 14, 2021, a letter signed by the Registrar of the High Court of Cross River State, Edem Okokon and dated January 4, 2021 said the acting Chief Judge, Justice Effiom Eyo-Ita had directed that the Magistrates sworn in on February 3, 2019 should stop sitting in court until the issue concerning their salaries were resolved.

The letter was issued by the chief registrar of the state judiciary, Edem Okokon, who said he was authorised by the acting chief judge of the state.

“You are hereby withdrawn from sitting in court till further notice,” Mr Okokon said.

“There is no conscientious reason to have allowed you without pay for all this while as you may be tempted to fall into corrupt practices in order to survive. There are in fact, a handful of reports already received against some of such magistrates; hence this directive,” he added.

The registrar advised the magistrates to stay at home “until the issue of your salaries is settled”.