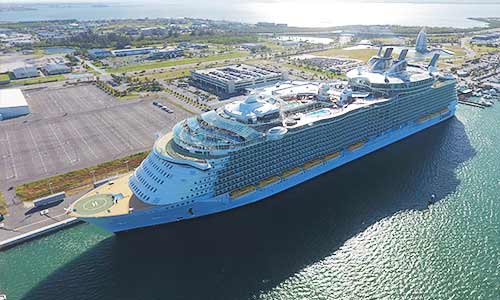 The National Joint Industrial Council has signed the much awaited conditions of service and Collective Bargaining Agreement for Nigerian seafarers.

This is coming after eight years of delay.

Speaking during the signing ceremony in Lagos, the Director- General, Nigerian Maritime Administration and Safety Agency, Dr Dakuku Peterside, said the condition of service was a minimum standard in line the with international standards and regulations.

Peterside who was represented by the Executive Director, Maritime Labour and Cabotage Services, Alhaji Gambo Ahmed, urged all shipowners and seafarers’ employers to ensure that they complied with the new regulations.

The union lamented that the shipowners seemed not to be interested in the implementation of the agreement and had worked to frustrate it for the past eight years.

Peterside said the CBA for fishing sector had earlier been signed and the signing of the coastal and offshore sectors meant that the NJIC had completed CBA for Nigerian seafarers.

“Employers are to note that the enhancement of the welfare of seafarers will in turn enhance productivity and effective job performance.

“I am also to reiterate that the responsibility of implementing the new condition of service is a collective one which must be given priority attention,” he said

The President of the Nigerian Merchant Navy Officers and Water Transport Senior Staff Association, Matthew Alalade, lamented the delay in signing the CBA, which he noted, caused a lot of disaffection among Nigerian seafarers and their employers.