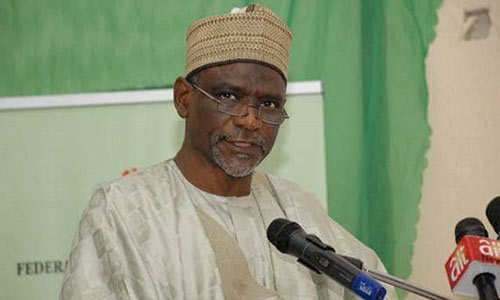 Minister of Education, Malam Adamu Adamu, announced the release of the results after the Registrar of National Examination Council (NECO), Professor Ibrahim Wushishi, presented the results of the examination conducted on Saturday, May 7, 2022, in Nigeria, as well as Benin Republic and Togo.

Adamu who was represented by the Permanent Secretary, Mr David Adejo, at the news conference to announce the results, noting that the National Common Entrance Examination was for admission into Junior Secondary School (JSS 1) of Federal Unity Colleges.

He announced Ajidagba Mariam Akanke, an indigene of Sokoto State with registration number 542121DG as the candidate that scored the highest marks. She scored 201 and her Centre was Oshodi Junior Secondary School, Tolu Complex, Apapa, Lagos.

According to the Minister, the lowest score was 01 mark, and this was scored by 15 candidates from various states.

On registration by state, the Minister disclosed that Lagos has the highest number of registered candidates with 19,518, out of which 18,787 sat and 731 were absent.

Zamfara State was fourth with 4,500 candidates registered, out of which 3,745 sat and 755 were absent, while the State that registered the least number of candidates is Kebbi State, with 74 candidates.

“Two things are clear from the highlight of have just presented; first, we have female registrants than male. Second, the first two positions were females and that goes to show that our efforts at getting access to where education is difficult, there is an improvement even with gender parity,” he said.

Adamu directed the Senior Secondary Education Department to ensure that all admission processes are completed on or before Friday, July 1, 2022.

He also directed that the schedule for the National Common Entrance Examination (NCEE) shall be in April of every year, while admission processes must be completed by the end of May.

He explained that NCEE is a highly competitive examination which is administered every year to Nigerian children both at home and abroad.

He commended NECO for conducting hitch-free while expressing delight that the number of subscriptions to the Unity Colleges has continued to increase, noting that this was a show of confidence in government schools.

The Minister maintained that the admission criteria for selection of qualified candidates into Federal Unity Colleges remain 60 per cent merit, 30 per cent equality of State and 10 per cent exigency.

He said: “As you are all aware, it is common knowledge that our Federal Unity Colleges have become the first port of call for most parents in the country. I want to assure all Nigerian parents that government will continue to do its best to improve infrastructural development, feeding and teacher quality for effective teaching and learning in our schools.

“Parents/Guardians are hereby enjoined to visit NECO website: www.neco.gov.ng for details of the results of their Children/Wards,” he said.

2023 Election: UNN Lecturer Explains Why He Decided To Use PVC...