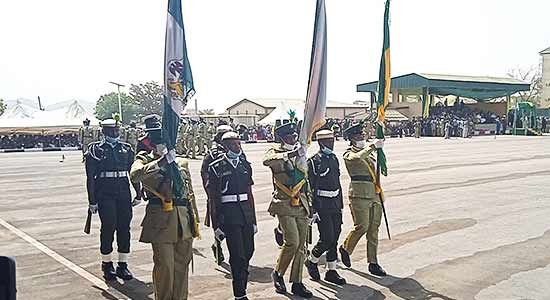 Minister of Interior, Ogbeni Rauf Aregbesola said Thursday that 4,000 inmates have been freed so far under the Federal Government Amnesty Programme to decongest custodian centres in the country.

The Minister also asserted that it is heartwarming that there has been no COVID-19 infection in any of the country’s custodian centres.

Aregbesola who made the remarks at the pulling out parade organised in honour of the Controller General of Corrections, Alhaji Ja’afaru Ahmed noted that the high bar of Service set by the out-going CGC necessitated various reforms and initiatives that rapidly transformed the service.

The Minister praised the out-going CGC for his hard work and commitment to service, saying the CGC “epitomised service, discipline and responsibility.”

He said the CGC would be remembered for the construction of 3,000-capacity ultra-modern Custodial Centre in Janguza, Kano State (North-West Zone) where 10 component projects have been fully completed while more than 36 others are at various stages of completion across the country.

“In addition, 1,404 wrote SSCE and 634 passed with five credits, including English and Mathematics, while 4,757 enrolled for Adult Education programme and 1,162 graduated.

“Under him, the service has lived up to its billing as correctional institution. All the beneficiaries of these programmes in education and vocational skills acquisition will no doubt turn out as better citizens.”