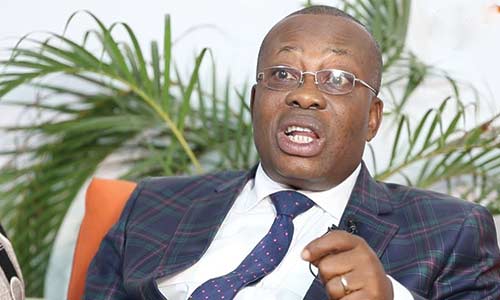 Recall that recently the Edo State of Assembly was embroiled in crisis during its inauguration due to the allegation that majority of the elected  members were kept in darkness with regards to the Proclamation Notice of the governor for the commencement of legislative duties of the new State House of Assembly.

While majority were not present at the inauguration, the minority of nine members who ordinarily have formed  quorum to transact house business were present and upon proclamation went ahead to elect their speaker who in turn swore in the new nine  members of the House. This act created argument and counter argument as to the propriety of the proclamation, the inauguration, the issue of majority and minority, the issue of quorum and even the alleged time of the said  inauguration.

The State was agog with high voices for and against the inauguration. The once united political family under one political party APC, became sharply divided and pledge of loyalties and acts of  betrayals became the order of the day.

A member of the Federal House of Representatives  from  Edo State, Prof Julius Ihonvhere moved a motion on matter of urgent national importance in the Federal House of Representatives raising  an alarm about the state of affairs in the Edo State House of Assembly, asking for the intervention of the Esteemed House into the alleged crisis. Swiftly a  thirteen Ad-hoc committee was set up to visit the State and try to and find out the true account of events and if possible make recommendations for the resolution of the impasse.

Immediately the Committee was constituted, allegations were heard from the Governor’s faction in the State that the Committee was set up to do a hatchet job for the faction that is loyal to the National Chairman of the Party, APC, Mr Adams Oshiomhole. The Committee dispelled the rumor and came visiting to the State and interviewed some persons with a review to getting  accurate information of the reason for the crisis.

Yesterday, the 17th of July, 2019, the Committee presented its report to the plenary of the House which was presided over surprisingly  by the Deputy Speaker(The Speaker took a leave during the commencement of the discussion of the matter on the ground that he had other matter of national importance to attend to)  and their recommendations were amongst others that the Police should seal the Edo State House of Assembly and they also  gave the Governor an ultimatum  to issue a fresh  proclamation for the inauguration of Edo State House of Assembly.

This step taken by the Federal House of Assembly is clearly at variance with the provisions of the 1999 constitution as amended. The Section upon which the NATIONAL ASSEMBLY can act is found in Section 11(4) and (5) of the 1999 Constitution as Amended. For ease of reference it is reproduced here under:

S11(5)  “For the purposes of subsection (4) of this section, a House of Assembly shall not be deemed to be unable to perform its functions so long as the House of Assembly can hold a meeting and transact business”.

Looking at this section and its subsections, one can decipher some measures of irregularity in the acts of the Federal House of  Representatives.  The point must be stressed that the constitution empowered the NATIONAL ASSEMBLY AND NOT THE FDERAL HOUSE OF REPRESENTATIVE ONLY to take any step with regards to the State House of Assembly that is engulfed in crisis. The current pronouncement made at the Plenary of the Lower Chamber today without the concurrence of the Upper Chamber is at variance with the expressed provisions of the Section of the 1999 Constitution as Amended that was quoted above.

The Lower Chamber cannot and will not act sorely in any pronouncement concerning the taking over of  the Edo State House of Assembly. By the way, the only act that the National Assembly is authorized to do with regards to any State House of Assembly that is unable to perform its legislative duties due to crisis is TO TAKE OVER THE
FUNCTIONS OF THAT HOUSE AND NOT TO SEAL OR MAKE ANY OTHER ORDER OR OTHER ORDERS THAT RUN CONTRARY TO  THE EXPRESS PROVISIONS OF THE CONSTITUTION.

Most importantly, is the provision that the State House of Assembly concerned must have been unable to make laws for that State due to crisis necessitating the intervention of the NATIONAL ASSEMBLY TO TAKE OVER THE LEGISLATIVE DUTIES OF THAT HOUSE OF ASSEMBLY.

NOTE, and this is very important, THE SAID HOUSE SHALL NOT BE DEEMED TO BE UNABLE TO PERFORM ITS FUNCTIONS SO LONG AS THE HOUSE OF ASSEMBLY CAN HOLD A MEETING AND TRANSACT BUSINESS.
From the events so far in the house of assembly in Edo state, can it be said that that house is unable to hold its meeting and transact business? The answer is RESOUNDING “NO”. The house as presently constituted can meet and carry out its legislative duties as required by law.

I have also listened to the explanations given by some of leaders of the House of Representatives on the reasons for the action they have taken so far including the order to the IGP to seal the House complex in order to deny any of the factions access to the House of Assembly Complex  and  found the reasons so far advanced as one that will compound rather than mitigate the crisis. This order today by  the Lower Chamber may  exacerbate the present crisis and create constitutional impasse of immense dimension in the long run.

Already there is a report that before the plenary of today during which the recommendations were announced, there was a pronouncement by the judiciary granting an injunction restraining the National Assembly from taking any step to interfere with the legislative duties of the newly constituted House. Agreed that the judiciary cannot stop the legislature from taking over a house in crisis and which is unable to make laws for that State, but the acts of crisis given birth for the intervention of the National Assembly has to arise in the first instance  and in this circumstance,  it has not arisen.

For the records, the  singular act of the Lower Chamber in dishing out orders alone pertaining to the crisis in Edo State House of Assembly has further complicated this crisis. I am not ignorant to the grave allegations against the present governor that he made the present proclamation not in accordance with the strict provisions of the constitution, and that it was done in a clandestine manner thereby denying the majority of the members-elect the knowledge of the date and time of inauguration. These allegations are grave and deserved urgent investigation and resolution, but the institutions must try as much as possible to comply with the constitutional provisions in so doing.

The days ahead will give clear direction as to the dimension of this crisis. The Federal House of Representatives is advised to seek quality legal advice in order to thread the path of legality in the handling of the crisis in Edo State House of Assembly. The only path suitable for the resolution of the present impasse will be a POLITICAL SOLUTION DEVOID OF ANY GREED AND ANIMOSITY. Each of the factions in Edo State must be ready to give up some of their rights in the interest of the State to enable the RESOLUTION OF THE PRESENT CRISIS AMICABLY.

IF THIS ADVICE IS NOT TAKEN, I FORSEE  A CONSTITUTIONAL CRISIS OF IMMENSE DIMENSION THAT WILL AFFECT THE PEACE, ORDER AND GOOD GOVERNANCE OF THE STATE IN THE MONTHS AHEAD. A  word is enough for the wise.