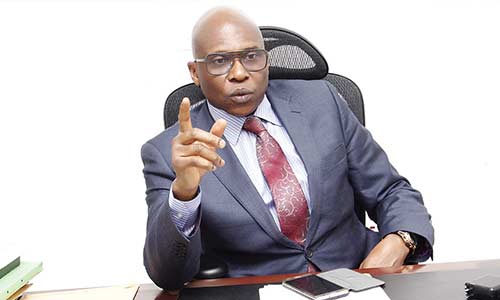 Chief Ferdinand Orbih, SAN has reacted to the statement credited to the Former Commissioner for Justice and  Attorney-General of Ondo State, Sir Charles Titiloye, claiming to have investigated the Chief Judge of the state, Hon. Justice Olanrewaju Akeredolu.

“I cannot believe that a former AG of a state would canvass this opinion. The former AG has no power to investigate a sitting Chief Judge. That duty or function is the exclusive preserve of the National Judicial Council.

“I thought that was elementary. No court in Nigeria can try a Chief Judge or any Judge for that matter unless the matter would have first been referred to the NJC to exercise its disciplinary powers over the Judge or Chief Judge.” the learned silk said

According to him, Nigeria seems to thrive on Impunity and work for questions instead of answers

He said, “In any event, the principle of Separation of Powers holds sway in Nigeria and would prevent the Executive from investigating the Chief Judge without reference to the NJC.

One of our fundamental problems in Nigeria is our disposition to thrive in impunity. Always working from the answer to the question instead of vice versa.”

Recall that the Nigerian Bar Association, Akure Branch, and Kayode Ajulo had held similar positions that Attorney-General has no right to investigate a sitting Chief Judge. They accused Titiloye of infringing on the right of Justice Akeredolu by not hearing her own side of the story before releasing his findings on her case with Fagboyegun.

Titiloye, in reaction, said contrary to the statement of Akure NBA Branch and Ajulo, Hon. Justice Akeredolu was afforded fair hearing because he went to her office and did not meet her but she was represented by the Chief Registrar.