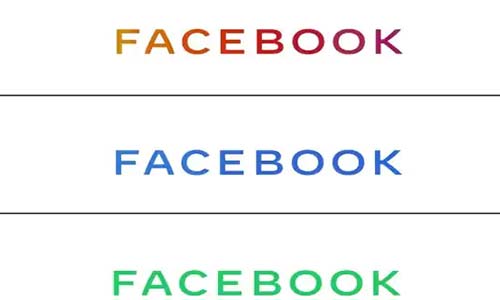 Facebook on Monday unveiled a new logo to represent the Silicon Valley company, distinct from its core social network.

The move aims to highlight the Facebook “brand” which operates a range of apps and services including messaging, photo-sharing, virtual reality and is developing wallets for digital currency.

The new branding, basically the company name in crisp lettering, will be stamped on its “family” of offerings including WhatsApp, Messenger, Instagram, Oculus, Workplace, Portal and Calibra, according to chief marketing officer Antonio Lucio.

“Today, we’re updating our company branding to be clearer about the products that come from Facebook,” Lucio said.

“We’re introducing a new company logo and further distinguishing the Facebook company from the Facebook app, which will keep its own branding.”

The new corporate logo “is a way to better communicate our ownership structure to the people and businesses who use our services to connect,” Lucio added.

The move comes with Facebook under intense scrutiny from regulators around the world over how it polices content on its platforms, and with some politicians and activists seeking a breakup of Silicon Valley giants.

Since its start as a social networking application 15 years ago, Facebook has acquired Oculus virtual reality gear company as well as Instagram image-based social network. It has also launched Portal smart screens as well as a Workplace social network tailored for workplace productivity.

Its messaging applications WhatsApp and Messenger are each used by more than a billion people.

Facebook established a Calibra as a digital wallet for use with the proposed cryptocurrency Libra, which has been facing criticism from regulators and lawmakers in various countries.