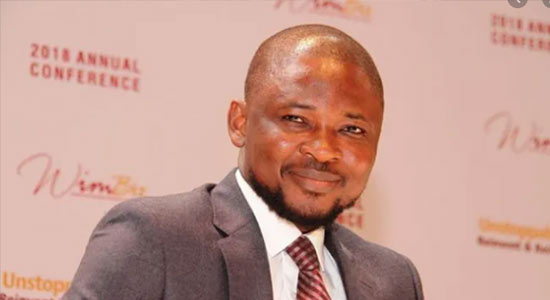 Recall that Omojuwa was entangled in a controversy last week alongside some influencers for allegedly collecting money to run a campaign in favour of the detained Venezuelan diplomat, Alex Saab.

A foreign media platform, BuzzFeed, had reported that employees of Omojuwa’s PR company got paid to promote a social media campaign for the release of a Columbian, Alex Saab, who was detained in Cape Verde over pending charges against him in the US.

But Omojuwa had, in an April 9, 2021 statement reacting to the controversy generated by the BuzzFeed report, stated: “Alpha Reach, as an organisation, was not involved in the campaign making the rounds.”

Ezekwezili, in reaction to the situation, had threatened to sue the social media influencer for an unauthorised use of her name as a director of the company “without her consent”.

The former Minister had, through Femi Falana’s law firm, written to Omojuwa, claiming she was shocked to learn of her status as a director of the company when contacted by BuzzFeed.

But in a response to Ezekwesili’s pre-notice, Omojuwa’s law firm Babalakin and Co Chambers, stated the influencer sought and obtained Ezekwesili’s consent before listing her as a director of the company based on “close relationship”.

He recalled the “10-year relationship” between him and the former minister dating back to 2011 when he had just completed the mandatory national youth service.

Omojuwa however berated Ezekwesili for betraying his loyalty and services when she publicly denied having anything to do with the company.

He stated that Ezekwesili “took him under her wings and even assisted in paying part of his rent in Abuja in 2012.”

Ezekwesili has submitted a petition to the Force Headquarters, calling for an urgent investigation into the case and necessary actions taken.

The petition, obtained by The Nation, not TheNigerialawyer titled: ‘Petition against Mr Japheth Omojuwa for forgery, fraudulent misrepresentation and fraudulent use of the name, identity and particulars of Mrs. Obiageli Ezekwesili as a Director of Alpha Reach Limited RC No: 1066507’ is dated April 14, 2021 but was received at the Force Headquarters on April 15.

In the petition, Ezekwesili accused Omojuwa of fraudulently listing her name as a director in his firm, Alpha Reach Company Limited without her permission.

“It is our brief that our client promptly contacted Japheth Omojuwa to confirm whether he forged her signature and other incorporation documents and processes but he informed her that the Alpha Reach Company Limited is his company and that she is not involved in it at all.

“Japheth Omojuwa never sought for her consent and /or participation in incorporating any company whatsoever and for any purpose whatsoever.

‘’The said Japheth Omojuwa neither sought for nor obtained requisite incorporation documents and information the CAC would require in processing the registration i.e the particulars of directors, share numbers, signature of directors, means of identification of directors and address etc.

“Our client reiterates for emphasis that she never filled or signed the statutory consent of first directors of Alpha Reach Company Limited in 2012 and or at any time whatsoever.

“We submit that the foregoing infractions amount to forgery, fraudulent misrepresentation and egregious breach of extant provisions of the Penal Code Law, the Administration of Criminal Justice Act, 2015 and the Companies and Allied Matters Act deserving of investigation and prosecution.”

She further stated in the petition throughout the time she was fraudulently made a director in the company, no notice of meetings, annual returns, accounts or board resolutions were issued to her.

She noted that her name was eventually removed in 2017 but no special notice of proposed removal was ever issued or served on her.