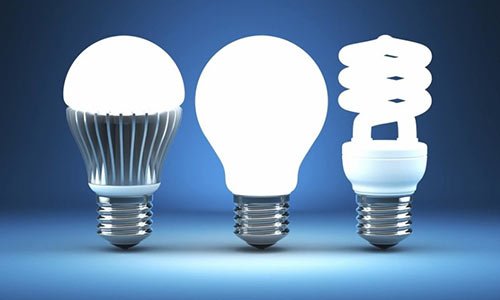 An Electronic waste expert, Dr Ifeanyi Ochonogor, has cautioned Nigerians on usage and disposal of energy conserving bulbs, saying they contain several carcinogenic chemicals which are injurious to human health.

Ochonogor told the News Agency of Nigeria (NAN) in Lagos on Saturday that a lot of scientific studies had been performed on mercury in the Compact Fluorescent Lamp (CFLs).

”Mercury from CFLs can cause cancer and various diseases.

”When you break CFLs, an explosion of toxic chemicals ensue and mercury is the last thing anybody wants to inhale.

“CFLs also cause lethargy, headaches and dizziness. We need to be watchful of what we buy, use and consume,” Ochonogor, Founder, Ewaste Relief Foundation, warned.

He said that CFLs were widespread on the African continent due to lack of awareness.

Quoting a foreign publication, Daily Mail, he said some German Scientists claimed that several carcinogenic chemicals and toxins were released when CFLs were switched on including: Phenol, Nepthalene, Styrene, and Mercury Vapour.

Ochonogor, also the Chief Executive Officer of E-Terra, said that improper disposal of CFLs and the possibilities of spreading the mercury and contaminated glass, were another major challenges.

According to him, broken CFLs pieces are usually thrown away in the dustbins or trash cans, thus poisoning the ecosystem.

Ochonogor said that there was need to proffer possible strategic solutions toward the usage and safe disposal of energy saving light bulbs due to the mercury in it.

The expert said that in the first quarter of 2019 a solution to the light bulb problem was developed by investing so much to protect children and our future.

He said that the foundation was ready to collaborate with the governments at all levels and corporate bodies toward proffering lasting solutions through massive and aggressive campaigns for proper sorting of hazardous variations of waste.

The expert said there was also need to partner with the local governments and the state government agencies like Lagos Waste Management Agency (LAWMA) and Lagos State Environment Protection Agency (LASEPA).

Ochonogor lauded the Federal Government for sponsoring the Data Protection Bill through the National Information and Technology Development Agency (NITDA) now before the National Assembly.

The expert said that there were also jobs and business opportunities in the areas of safe collection and specialised disposal through enlightenment of putting used bulbs in their packs and deposit them in designated places.

He said that the manufacturers have not allowed sufficient amount of time to study the effects of the innovations on consumers before releasing them for use.