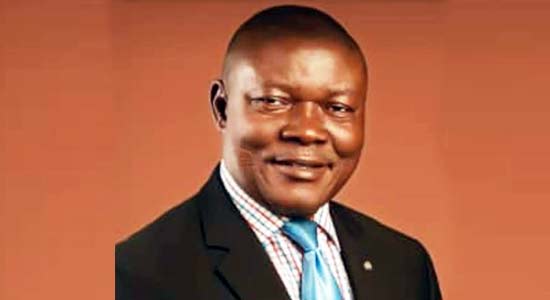 ON THE OCCASION OF THE INTERNATIONAL DAY OF PEACE ORGANIZED BY

It is indeed an honour to have been chosen to be the one to present the Keynote Address at this year’s International Day of Peace, being celebrated by the Department of Peace Studies and Conflict Resolution, at the nation’s foremost Open and Distant Learning institution, the National Open University of Nigeria. I must commend the organisers for this milestone celebration as I understand that this is the first ever Peace Day celebration to be organised by them in line with the global celebration.

Considering the current security situation in the country, the urgent need for this and other unconventional peace buildings measures is a clear necessity.  This clearly underscores the importance of this maiden effort which we hope would become an annual event. During so would create an enabling environment and opportunity for stakeholders in peace and security concerns to gather, interact, seek and pursue peace.

The theme for this year’s celebration is “End Racism, Build Peace”. This theme is apt indeed, because, the fight to end racism must begin with each of us individually and collectively. But to do so effectively, we must understand what racism is. We must know the various dimensions and also, how it impacts humanity and its peaceful coexistence.

According to the Universal Declaration of Human Rights, “all human beings are born free and equal in dignity and rights. They are endowed with reason and conscience and should act towards one another in a spirit of brotherhood. (United Nation, 1948)”. But the truth is that there is a national tendency and a craving to be treated differently from others, because we think we are special. This is especially so if we think we have achieved a little more than others, or on the bases of our gender, religion, educational background, money in the bank and so on. Indeed, all forms racial biases, discrimination and in extreme cases, hatred impacts our lives. So, all forms of racial discriminations are macrocosms of the microcosms of individual discriminations on the basis of educational inequality, social status, economic disparity or health status.

In spite of the efforts of the United Nations since the Universal Declaration of  Human Rights in 1948, racism still exists in every part of the world. It can be found in the workplace, educational institutions, health care centres, market place, the streets and maybe even right here, right now. Without doubt, it is the bases of both violent and non-violent conflicts around the world. It was the basis of the most devastating war ever fought by man, the World War II. Adolf Hitler fuelled and fought the war on the propaganda of the superiority of the Aryan race.

Aryanism is the ideology of racial supremacy of the supposed Aryan race. According to its initial proponents, Arthur de Gobineau and Houston Stewart Chamberlain, they were entitled to rule the rest of humanity (Yenne, 2010: 21-22). In the 1930s and 40s, the regime Nazi Germany and Hitler applied the ideology with full force in starting and prosecuting the WWII. A special case in point is the 1939 invasion of Poland, which pursued Lebensraum (living space), for the Aryan people. The Nazis thought the Slavs to be inferior non-Aryans (Bendersky, 2007: 161-1). As history recorded it, this culminated in the mass murder of some six million Jews and eleven million other victims (some in what we now know as the Holocaust.). This therefore holds a great lesson for us in Nigeria. When we think ourselves superior to others, conflict ensues.

There are all forms of human rights abuses, however, the United Nations has put more efforts in its bid to tackle racism and its associated discrimination than on any other human rights issue.  One of such efforts is the appointment of a Special Rapporteur by the United Nations Human Rights Council. The scope of the focus was on contemporary forms of racism, racial discrimination, xenophobia and related intolerance.

It can thus be seen that  racism is broader than just the skin colour of a people, ancestry or genealogy.

To further put it in proper perspective, Article 1 (1) of the International Convention on the Elimination of All Forms of Racial Discrimination (ICERD) defines racial discriminations as:

any distinction, exclusion, restriction or preference based on race, colour, descent, or national or ethnic origin which has the purpose or effect of nullifying or impairing the recognition, enjoyment or exercise, on an equal footing, of human rights and fundamental freedoms in the political, economic, social, cultural or any other field of public life (United Nations, 1965).

All States parties (currently about 176 of them), were committed by the Convention to eliminate all forms of racial discrimination. Additionally, they were also mandated to promote understanding amongst all races. In fact, to emphasise the history of the recognition of the dangers of racism, the Convention was adopted as far back as in 1965. It entered into force in 1969, with the UK’s ratification in March 1969.

It must be understood that the above definition was also a guide to member States to enact and enforce their own laws in order to prevent and to punish racial discrimination. Another the international events of importance that has set the stage for the successes in the present strive to end racism is the Durban World Conference. This Conference against Racism, Racial Discrimination, Xenophobia and Related Intolerance is a significant and important event globally. Incidentally, it was convened in Durban, South Africa, in 2001 by the United Nations. It thus became known as the Durban Conference. Some of the goals of the Conference included agreeing “upon a global repudiation of the evils of contemporary forms of racism and also to define a comprehensive programme of action to eradicate it (United Nations, 2003: 2). The Durban Conference through its Declaration and Programme of Action adopted at the Conference, set the tone for future international cooperation against all forms of racism and racial discrimination.

When we talk about racial discrimination, we must understand its linkage with poverty, educational background, race, ethnicity, gender, and health. As an example, the African that is not just hated and discriminated against because he or she is black or coloured, but chiefly because one or more of the above linkages is associated with Africa and Africans. In order words, an African can be hated and discriminated against because of underlying reasons of perception of poverty, educational backwardness or disease infestation. This also applies to people from Latin America, poorer countries in Asia and others from the so-called Third World countries.

While we condemn racism globally, we must also remember that the same happens here in our everyday life in Nigeria. Just like the situation around the world, we discriminate against one another on the same basis of poverty, educational background, race, ethnicity, gender, and health. In Nigeria, the situation is worse because even different sects of the same religion or different sub groups in even one ethnic group discriminate against one another. What about class or political consciousness? We often hear people say they are the political class, while the rest as are the masses. There is even discrimination in professional bodies. In fact, the situation is far worse than we can care to admit.

Racism or racial discrimination is a construct of the mind; it is thus an ideology. It can therefore only be eliminated through the reconstruction of the mind especially by peace education. This is why I am so happy that a book has been put together to address this all-important angle in the battle to end racism and build peace.

In sum, racism is being fought on several fronts. Even poets are in the battle to end it. It will surprise you to know the number of poems that have been written about ending racism rather than in praise of it. One of my favourites is End Racism by Robert Hensel. An extracts would be apt for this occasion:

We all must bring our
Racism to end.
A message to all, I long to send.
The colours of the world,
All join as one.
So please let us all, “End Racism” (Hensel, 2003).

I therefore charge us all to join the race to end racism in which ever way can. This is especially as we prepare to go to polls for the 2023 general election. Discrimination on the basis of ethnicity or religion in casting our votes may produce the back lash effect of electing inept and discreditable leaders. But being blind to racism, ethnicity and religion by casting our votes for the credible and competent candidates would guarantee good leadership for good of all.

Thank you and have a great celebration.

United Nations (1965). International Convention on the Elimination of All Forms of Racial Discrimination. Available online at: https://www.ohchr.org/en/instruments-mechanisms/instruments/international-convention-elimination-all-forms-racial.

United Nations (2003). Dimensions of Racism Proceedings of a Workshop to commemorate the end of the United Nations Third Decade to Combat Racism and Racial Discrimination Paris, 19-20 February. https://www.ohchr.org/sites/default/files/Documents/Publications/DimensionsRacismen.pdf

Yenne, B. (2010). Hitler’s Master of the Dark Arts: Himmler’s Black Knights and the Occult Origins of the SS. Minneapolis: Zenith.