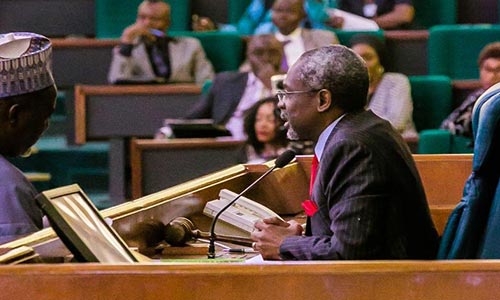 The Speaker of the House of Representatives, Femi Gbajabiamila, has rejected the proposed increment of electricity tariff in the country.

His reaction came one week after Channels Television reported that the Nigerian Electricity Regulatory Commission (NERC) approved the immediate review of electricity tariffs across the country.

In a series of tweets on Friday, Gbajabiamila believes the right time to increase electricity rates is when the proposed amendment to the act criminalising estimated billing is signed into law.

He promised to meet with the Attorney General of the Federation and the Minister of Justice, as well as other stakeholders to ensure the proposed increase was made on a practical basis.

The Speaker said, “There is no guarantee that after any electricity tariff hike the DISCOs will not continue with the nefarious practice of bills estimation or provide uninterrupted power supply.

“I believe the National Assembly should ensure that any increase in electricity tariff if at all, should be cost-reflective and not just a whimsical increase with no empirical basis.”

“Also, any such increase should only be made after the proposed amendment to the law criminalising estimated billing is signed into law.

“I intend to meet and discuss this sequence and other conditions with the Attorney General of the Federation and other relevant authorities,” he added.

In a series of documents dated December 31, 2019, NERC had announced the plan to increase electricity tariff effective January 1, 2020.

A review of the new amount to be paid by various categories of electricity consumers shows an increase that ranges from 59.7 per cent to 77.6 per cent.

Consumers classified as residential (R1) were, however, excluded from the review as the N4 per kWh they pay was left unchanged.

The development affected customers captured in the 11 Distribution Companies (DISCOs) spread across the country such as Abuja DISCO, Benin DISCO, Enugu DISCO, and Eko DISCO.

The decision, however, sparked an outcry in the country, forcing the electricity regulatory body to shift the implementation of the review until April.

NERC Chairman, Professor James Momoh, told reporters on Monday that the commission would engage the public on the planned review in the next three months, before deciding on any implementation.

He also said NERC would begin the regulation of estimated billing by electricity distribution companies who fail to provide meters for their customers.