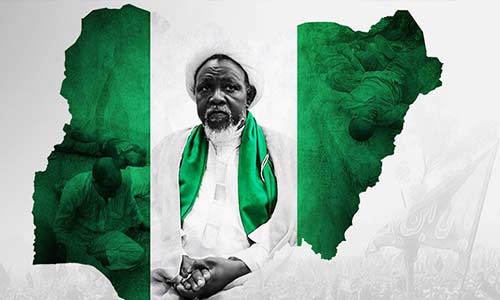 The Islamic Movement in Nigeria, known as Shi’ite, on Thursday shot back at the Kaduna State Governor, Mallam Nasir el-Rufai, over the stringent conditions given to its leader, Sheikh Ibraheem El-Zakzaky, and his wife, Zeenat, before travelling for medical treatment.

The group said their leader would not flee the country for whatever reason like El-Rufai did under the late President Umaru Yar’Adua’ s administration between 2007 and 2010.

According to the Chairman, Free El-Zakzaky Campaign Organisation, Sheikh Abdurrahman Abubakar, the IMN leader would not abandon his fatherland to seek political asylum in a foreign land.

Recall that the Kaduna state government on Wednesday gave stringent conditions to the leader of Shi’ite to travel to India for medical treatment.

However, Abubakar said Nigerians would not forget in a hurry when the current governor fled from the country during the late Yar’Adua administration.

This was just as he revealed that arrangements were already on the ground to fly their embattled leader and the wife to India for medical treatment as pronounced by the Kaduna State High Court.