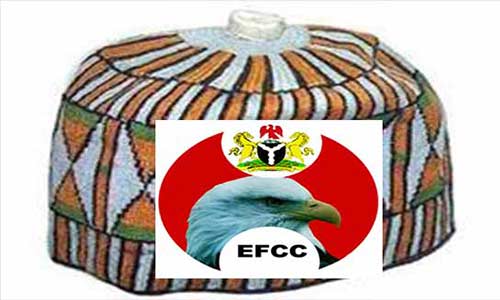 Although the phrase “Need not apply”, is used in classified adverts, window of a shop, etc. to make clear what an undesired group that needn’t bother applying for a job, historically, it was popularised by the discriminations against the Irish code-named NINA (No Irish Need Apply), which inspired the 1862 song “No Irish Need Apply”. The lyrics of that song were subsequently adapted to reflect the discrimination the Irish felt in America.

This has largely been the lot of southern Nigerians. While on the average a Nigerian leader of southern extraction would like to balance things out and on merit, such gestures are hardly ever reciprocated whenever the North has the power. Even those of us in the private sector were always advised to get an Alhaji as a Director in our companies in order to be able to land government contracts and patronage, especially in those years of military regimes. But, certainly, the South has not had it this rough as currently obtained under the President Muhmmadu Buhari civilian administration. Merit, integrity, and competence are banally sacrificed on the alters of crass prejudice and nepotism.

In Nigeria today, it appears that to be a Southerner is to be on the wrong side of the Niger in a nation that should be bound in freedom, peace, and unity, as our national anthem exhorts. In June this year, Chief Edwin Clarke had in June 2020 written an open letter to President Buhari entitled “Let’s Call a Spade a Spade”, wherein he called him out over what he considered nepostistic mistreatments of South South indigenes even in the oil industry sustained by resources from the Niger Delta.

The fault lines and discriminations have become so predictable and aggravated that the leaders of Southern Nigeria had to drag the President before the courts in a N50 billion suit as last resort after all entreaties to the President fell on deaf ears. In the suit marked FHC/ABJ/CS/595/2020, and filed at the Federal High Court in Abuja on June 8, 2020, the Ijaw leader, Chief Edwin Clarke; the Afenifere leader, Chief Reuben Fasoranti; President General of Ohaneze Ndigbo, Dr John Nwodo; a leader of the Middle Belt people, Dr Pogu Bitrus; and Chief Ayo Adebanjo, Alaowei Bozimo, Mrs. Sarah Doketri, Chief Chukwuemeka Ezeife, Air Commodore Idongsit Nkanga, etc. also urged the court to order Buhari to reverse “the lopsided appointments complained about in the security und quasi-security agencies and immediately take steps to appoint persons from other states and geopolitical zones in line with the provisions of the 1999 Constitution (as amended) of the Federal Republic of Nigeria”.

However, if the names being mentioned since the reports on the Attorney General of the Federation’s memo to President Buhari, which put the “former” Chairman of the Economic and Financial Crimes Commission, EFCC, on high jump hit the newsstand are anything to go by, then it does not appear the President cares a hoot about the litigation or sensibilities of the South.

By the way, the EFCC appears to be a patrimony of the North, especially the North East of Nigeria, as no southerner has headed the Commission either in acting or substantive capacity since its establishment in 2003 till date. It is noteworthy that although the EFCC was founded under the presidency of Chief Olusegun Obasanjo, a southerner, he appointed Mr. Nuhu Ribadu, a northerner from Adamawa, North East, as the pioneer Chairman.

When the late President Musa Yar’Adua became President in 2007, he relived Ribadu of the position in 2008. He appointed Mrs. Farida Waziri, who hails from Gombe State, North East Nigeria, as Ribadu’s successor in May 2008.

Upon the coming into office of former President Goodluck Jonathan, who hails from the South, sacked Farida Waziri in November 2011 and appointed Ibrahim Lamorde as Acting Chairman on the same 23rd November 2011. Ibrahim Lamorde hails from Adamawa State, North East Nigeria. Nevertheless, Jonathan nominated him to the Senate for confirmation and the Upper Chamber confirmed Lamorde was as Chairman on 15th February 2012.

However, few months after he assumed office in May 2015, President Buhari gave Lamorde the boot on 9th November 2015 and appointed Magun in Acting capacity. Magun also hails from the North East, Borno State to be specific. He has been in acting capacity amid controversies despite his rejection by the Senate twice.

Normally, you would therefore expect Buhari to appoint Magun’s successor from the south since the position has been resident in the North for almost 20 years. But as I said earlier, if the names being bandied in the media are anything to go by, it can be said that as far as the President and his kitchen cabinet are concerned, southerners need not apply, for the President is not looking their way.

According to a 22nd June report by Vanguard newspaper, top on the list of those allegedly being considered by Buhari is Mr. Mohammed Sani Usman, a retired Deputy Inspector-General, DIG, of Police. Next is the current FCT Police Commissioner, CP, Mr. Bala Ciroma, who had a stint at the EFCC previously as Head of Operations. Also mentioned is a retired Assistant Inspector-General of Police, AIG, from Kebbi State. Although the name of Ms. Diseye Nsirim-Poweigba, a retired Commissioner of Police, was reportedly also sent to him for vetting, subsequent report said that the name was a “No, no” for the President for obvious reasons. But of all these names, CP Bala Ciroma’s name appear to be the loudest.

Again, even if by any magic Umar is not confirmed as a substantive Chairman, it is quite predictable going by the bandied names, Buhari’s body language, and his well-known antecedents, that it is easier for the camel to pass through the eye of a needle than for a Southerner to succeed Magun.

There appears to be a sacred code – SNNA (Southerners Need Not Apply) as far as the EFCC and other Grade A Ministries, Departments and Agencies (MDAs) are concerned in this Buhari adminstration.

Well-qualified, educated, competent people and citizens of outstanding integrity can only be found North of the Niger. But let us not forget, Buhari belongs to nobody and he belongs to everybody. This is the tragedy of a nation.