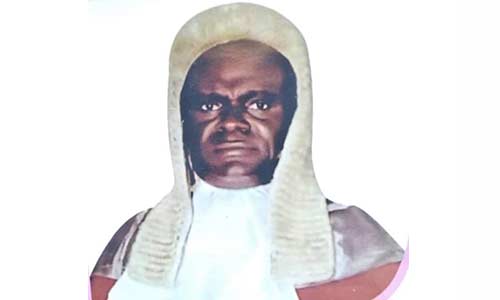 This is contained in a statement signed by the Board members which was made available to TheNigeriaLawyer.

It was revealed that until his death, the late Judge was committed to upholding rule of Law, fearless and courageous.

Furthermore, it was noted that it is disheartening that the late noble Judge was not celebrated despite his service to the Judiciary until his death.

I received with deep shock the sudden demise of an erudite jurist of our generation.The great Lord Denning of Enugu Judiciary.An astute exhibitor of Justice qua Justice.An iroko on the bench and a fearless Justice deliverer.

Indeed,no quantum of legal words will be enough to analyze and eulogize the man:Hon Justice F.I.N Ngwu (Retired).A man who drove the wheels of Justice to its proper destination.His legal composure is unbeatable and commendable.

I cannot forget in a hurry how he displayed his judicial sagacity and boldness in a matter I was engaged in against the Judicial Panel of Inquiry constituted by the Enugu State Government wherein he was at the verge of committing to prison under contempt of court,the Chairman of the Panel manned by a retired Judge of Enugu State Judiciary,for refusing to obey his Order compelling them to stay further sitting on the inquiry they are conducting on ownership status of defunct Coal Corporation land.The said ORDER was later obeyed by d panel,on his insistence that his order was not made for fun.

Indeed,this among other litany of cases,was an eye opener to me on whom this man of Justice was. He always stood for justice and equity.

I forsaw this danger coming when he personally released a message to the entire Bar society that he had officially retired from Judicial service sometime last year, 2019.

However,anchored on his belief in Psalm 125,I have no doubt in my mind that he will be celebrated in that CITY OF GOLD while seated in the Temple of God.

Rest on d great Judge,move on the epitome of sound Judgement and Journey well,the Eagle on the Bench. Like he would always echo after his Judgment or admonition on the bench: “I say no more!”

Other Editorial board Members: