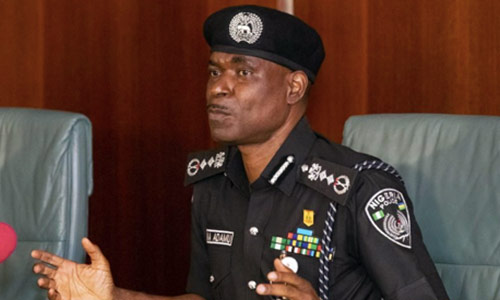 Former Inspector-General of Police Mohammed Adamu’s removal from office was announced shortly after he returned to his desk at the Force Headquarters in Abuja on Tuesday, a Presidency source, said Wednesday.

The source said his removal was to be announced in the morning but the ex-IG’s trip to Owerri to assess the damage caused by the Easter Monday attack on the Imo State police headquarters, delayed the announcement.

He denied that Adamu was removed while still on assignment in Owerri.

The source said: “A news conference scheduled for mid-day to be addressed by Minister of Police Affairs Mohammed Dingyadi, was put off till around 2pm when it was discovered that the former IG had gone to Owerri on official assignment. When we called him to be sure of his location, he told us he was in Imo State. And when he said he was on his way to the airport en route Abuja, we decided to put the conference on hold.

“We knew the flight won’t take more than 45 minutes. So, we waited and when it was confirmed that he was in his FHQ office, we now addressed the news conference.”

“The former IG knew about the news conference, so, there was nothing like he was fired while on official duty.”