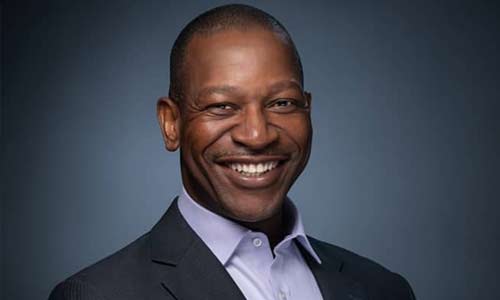 Dr Babatunde Ajibade, SAN’s career has been characterised by quiet and efficient service to the legal profession. He is a founding member of the Nigerian Bar Association (NBA) Section on Business Law (SBL) and played a significant role in setting the SBL on the course on which it is today. Following the dissolution of the leadership of the SBL by the Joseph Daudu, SAN administration of the NBA at the National Executive Committee which held in Gombe in November 2010, Dr Ajibade, SAN was a member of the three-man Committee set up to resolve the imbroglio that ensued.

The other members of the Committee were Mr. Gbenga Oyebode, MFR and Mr. Yemi Candide-Johnson, SAN. The work of the Committee resulted in the resuscitation of the SBL in 2011. It was therefore not surprising that he was appointed the Chairman of the Nominations Committee that conducted elections into the revived SBL in August 2011. He chaired the Committee that planned and executed the hugely successful SBL Conference which held in Abuja in 2016. Dr Ajibade, SAN was a member of the Governing Council of the SBL between 2014 and 2018.

Dr Ajibade’s service to the NBA extends well beyond the SBL. He was a member of the National Executive Committee (NEC) of the NBA between 2008 to 2010 and from 2016 to 2018. He is also currently a member of the NBA NEC having been so appointed by the President of the NBA, Mr. Paul Usoro, SAN. Between 12 to 15 October 2009, Dr Ajibade, SAN was a member of the NBA Legal Services Trade Mission to the United Kingdom. On 30 November 2012, he was appointed a member of the Liberalisation of Legal Services Working Group by the then President of the NBA, Mr. Okey Wali, SAN. This group was tasked with the responsibility of advising the NBA on the merits and demerits of liberalising access to the Nigerian legal services market by allowing foreign qualified legal practitioners practice law in Nigeria.

Dr Ajibade, SAN is reputed for his integrity and character. He epitomizes humility and believes that there should be mutual respect among lawyers as professional colleagues regardless of rank or seniority. He is a great advocate for professionalism and strict adherence with the Rules of Professional Conduct for the legal profession. It is therefore not surprising that he was appointed Chairman of Panel B of the Legal Practitioners’ Disciplinary Committee for Lagos on 11 July 2017.

Dr Babatunde Ajibade, SAN is very passionate about the legal profession and is eager to play a major role in finding lasting solutions to the challenges that plague it. The law firm which he leads as Managing Partner (i.e. S.P.A. Ajibade & Co.) has for the past 12 years been organising an annual business luncheon. These events to which his firm commits significant resources every year, present opportunities for lawyers and other stakeholders in the justice delivery system to come together to discuss issues that affect the legal profession. This year’s business luncheon which was the 12th in the series had as its theme: THE FORUM FOR THE RESOLUTION OF CIVIL DISPUTES: THE COURTS VS LAW ENFORCEMENT AGENCIES. The various speakers who spoke at the event examined the numerous problems affecting the administration of civil justice and which impel disputants to patronise law enforcement agencies (rather than the courts) for the settlement of civil disputes.

Dr Ajibade SAN’s passion for the legal profession led him and other lawyers under the auspices of Commercial Disputes-Law Network (which is an initiative of the Lagos Chamber of Commerce International Arbitration Centre (LACIAC)) to draft an “Administration of Civil Justice Bill” which when passed into law will completely revolutionize administration of civil justice in Nigeria. Through the effort of Dr Ajibade, SAN and his colleagues in Commercial Disputes-Law Network, Ekiti State has enacted the Bill into law and discussions are at an advanced stage with the Lagos and Oyo State Ministries of Justice on the possible enactment of the Bill into law.

Dr Ajibade, SAN is a strong advocate of a united Bar. He is of the strong persuasion that to solve the many challenges facing the profession, we must be united. According to Dr Ajibade, SAN, the dividing lines we draw between corporate/commercial lawyers and advocates, between law officers and the traditional Bar, between in-house counsel and external counsel, between young lawyers and senior lawyers and even the divisions across nationalities and ethnicities hamper rather than aid the course of the legal profession in Nigeria. While different segments of the profession have peculiar challenges, Dr Ajibade, SAN believes that to successfully fight off threats to the rule of law, encroachment into our profession by foreign lawyers and other professions in Nigeria, and a myriad of other problems the legal profession faces, we must take steps to unite the Bar.