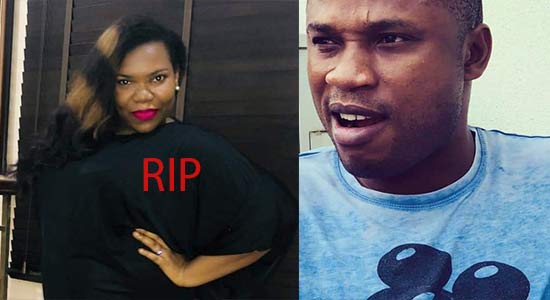 The Nigerian Bar Association, NBA, has recorded another lost to domestic violence as a member, Adaeze Ikpeama, Esq., was allegedly beaten to death by her husband.

Duke Godpower narrates on his Facebook wall that Ikpeama who is Dr. Caro John’s only daughter was 6 months pregnant when murdered by her husband.

“Immediately the marriage was sealed, the man Adaeze got married to immediately turned into a beast by turning the Etche trained lawyer into a punching bag.

“Even when relatives from both sides intervened several times by pleading with Anthony to stop beating his wife, if not for anything, she is the mother of his kids and his partner, man was obtuse as he continued to beat the poor girl any time he was not in a good mood.

“Three days ago, another round of beating started and this time around, it was very intense which eventually ended up taking her life.

“That Adaeze was 6 months pregnant was not enough to stop him in his track rather it intensified the beating of the poor girl.

“His focus was the tummy as he was punching her 6 months pregnant tummy with righteous anger and all the energy he could muster.

“He did not stop till she gave up and went into a coma but that is not the full story.

“When Adaeze went to a coma and was rushed to the hospital by her good neighbors who came to her aid, Anthony followed them to the hospital and immediately she was admitted and oxygen was placed on her to resuscitate her, the husband went to her bedside and then removed the oxygen mask.

“That was how Adaeze suffered cardiac arrest and died.” Godpower wrote

According to him, the suspect was arrested early in the morning of April 12 but has been released.

“I hereby call on every well thinking Etche people to lend their voices and ensure justice is gotten for the beloved daughter of our land,” he added

THENIGERIALAWYER (TNL) is yet to confirm what branch of NBA late Adaeze was a member. And to know what step the branch has taken or to take over the alleged murder case.

Unfortunately in a telephone conversation with the Lagos branch Chairman, Mr. Yemi Akangbe informed THENIGERIALAWYER that late Adaeze was not a member of the branch from the Secretariat record.