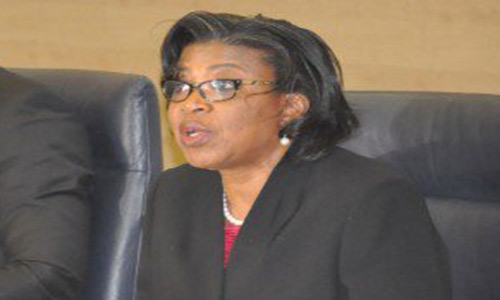 The Debt Management Office (DMO) on Friday listed its first Eurobonds on FMDQ Securities Exchange platform to fund the budget deficit and other financing needs of the Federal Government.

Speaking at the listing in Lagos, Ms Patience Oniha, DMO’s Director-General, said the bonds were raised to refinance the country’s domestic debt.

Oniha said the proceeds of the Eurobonds would be used to fund the fiscal deficit as well as other financing needs of the country.

She said the 2.50 billion dollars Eurobonds issued in February 2018 was meant for refinancing of domestic debt.

Oniha added that the 2.86 trillion dollars Eurobonds floated in Nov, 2018 was purposely for financing of the capital project of the budget.

According to her, the Eurobonds are in line with the Federal Government’s debt management strategy aimed at achieving lower cost.

Oniha noted that listing of foreign currency-denominated debt securities by the Federal Government showed it’s unrelenting commitment to supporting the growth of the Debt Capital Market (DCM) for economic development.

The director-general said the government was committed to achieving a ratio of 60 per cent to 40 per cent between domestic and external debts.

“A large part of it will be funded by new borrowing of N1.649 trillion and 50 per cent of that is provided as external right there in the appropriation Act, which means we will be borrowing externally.

“But this time around, we are trying to explore all the options starting with those that are cheaper, conventional, semi conventional before we now determine in a very short form the balance that we should take to the international market,” Oniha said.

She said the DMO and its executives could not undertake any borrowing on its own without legislative approval.

“So, whatever borrowings you see here listed in whatever form are borrowings approved in one way or the other either through the budget process or a special process,’’ she said.

On objectives of exploring the international capital market, Oniha said the government wanted to position Nigeria in the market.

She said exploring the market had yielded great gains with many research analysts writing about Nigeria.

She explained that the initiative had opened ways for not only the Federal Government but states, corporates and the capital market in general.

Onadele said, “this is yet another highly exemplary and indeed, positive step towards supporting the growth and development of the Nigeria’s DCM.’’

He said the FMDQ would further deepen and effectively position the Nigerian DCM for growth through consistent collaboration with its stakeholders.

“We used to have TBS in the market before but now DMO has brought a lot of products,” he said.

Bentsi-Enchill said the market had been more functional with the activities of DMO.

He commended the agency for all the achievements recorded both locally and internationally.

Ambah said DMO ensured that securities were accessible and traded by retail investors.

She also commended the FMDQ for providing the needed platform for issuers which had developed and widened the DCM.