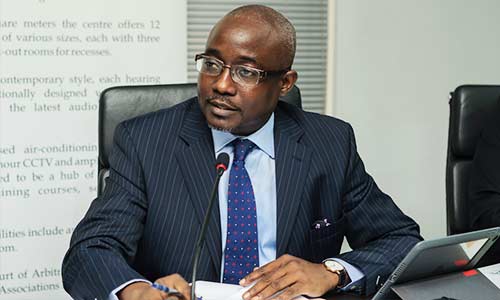 An online conversation on the feasibility and challenges associated with a National Arbitration Policy for the country saw various stakeholders within the industry proffer bespoke ideas and suggestions towards the development of a comprehensive framework for the Nigerian arbitration sector, as part of the lessons learnt from the P&ID case.

The webinar which was held and organized by a prominent Lagos-based law firm, Olisa Agbakoba Legal (OAL), had as its aim possibility of a National Arbitration Policy for the country.

Recall that the Attorney General of the Federation and Minister of Justice, Mr. Abubakar Malami SAN, had set up a committee led by Mr. Olisa Agbakoba SAN, and charged the committee with the responsibility of proffering a comprehensive framework/policy which would ensure that all contractual and commercial transactions starting and ending in Nigeria will have their seat and venue of arbitration in the country, thereby furthering the growth and development of the arbitration sector of legal practice.

In discussing the highpoints of the webinar, Mr. Tunde Fagbohunlu, SAN, considered that the policy should not just seek to cure some challenges with the present scenario, but should seek to ensure that the entire municipal arbitration framework is made par to international standards.

He considered that there exist four aspects of commercial transactions, viz;

— Private-Domestic: Here the parties are purely Nigerians and neither of the parties is governmental agencies.

— Public-Domestic: Here, the transaction is between the government and a Nigerian own company.

— Private-International: Here, the transaction is between a Nigerian company and a foreign company.

— Public-International: Here, the transactions is between the government and an international company or group.

He also considered two extremes of the National Arbitration Policy being; a situation where all arbitration dispute have their seat of arbitration here in Nigeria and only Nigerians will be allowed to handle the arbitration proceeding. The second extreme being, the existence of no national law, only policy frameworks, that encourages individuals to arbitrate but do not force the parties to arbitrate.

Furthering his case, he considered that the reason most Arbitrations are done in a foreign jurisdiction is due to the level of distrust in national judicial system, ranging from the challenges associated with the enforcement of an arbitration award, especially where such the award is given against the government, and the length of time, it takes to go through to the echelon of the Nation’s Judicial system.

For Dr. Olisa Agbakoba, SAN, the entire process of producing a national arbitration policy, should be aimed at how to get Nigerians more involved in the use of arbitration proceedings.

He said that some other jurisdiction have incorporated a National Arbitration Policy that makes it mandatory for municipal arbitration, thereby growing their jurisprudence on arbitration, and hastening the pace at which commercial disputes are determined.

Other contributors shared ideas on how to develop a policy that would be acceptable to all, ranging from the consideration of the provision of an internal arbitration appeal tribunal, which would review the proceedings and arbitration award issued by the (first) tribunal, that way limiting the intrusion of the court to only issues of public policy.

Furthermore, the participants considered the need for proper contract negotiations by competent individuals, a fast-tracking of enforcement proceedings amongst other things.

The event which was first proposed as a debate between Dr. Olisa Agbakoba SAN and Mr. Tunde Fagbohunlu SAN; was later changed to a discussion section due to Mr. Agbakoba’s appointment as the Chairman of the National Arbitration Policy Committee.