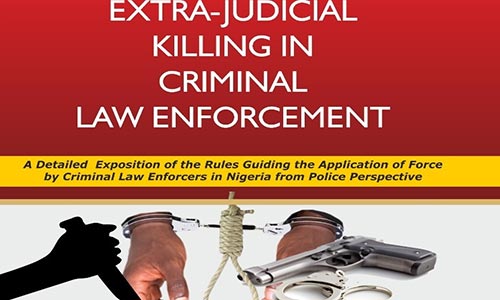 An Abuja-based lawyer, Dim-Udebuani Marcel, has sued President Muhammadu Buhari over recent appointments made by the president.

Mr. Buhari has been accused of favouring a section of the country against in the appointments he has so far made.

In a suit filed on August 31, with number FHC/ABJ/CS/732/2015, Mr. Marcel accused the president of marginalizing the South East geopolitical zone, which has not received any appointment from the Buhari government yet.

The president and the Federal Character Commission are joined as defendants.

Mr. Marcel’s counsel, Jude Ifesemen, said the plaintiff wants the court to determine whether the 25 important appointments made by President Buhari were done against the spirit of constitutionally guaranteed federal character.

The court will decide “whether the exclusion of South East geo-political zone in the 25 appointments made so far by the 1st defendant is unconstitutional and divisive?” Mr. Marcel said.

He also sought to determine whether there are no qualified or corrupt free persons from the South East region.

The court will as well decide “Whether the 2nd defendant has in the circumstance of this case, discharged its statutory duties under paragraph 8(1), (a), (b) and (c) of the Third Schedule to the 1999 constitution of the Federal Republic of Nigeria (as amended)”.

Mr. Marcel also prayed the court for an order compelling the president to reverse the appointments made so far and to observe and comply with the principle of Federal Character as enshrined in the constitution of the Federal Republic of Nigeria 1999.

He also sought an order of court compelling the Chairman, Federal Character Commission, Oba Abdul-raheem to invoke paragraph 8(1) (c) of the Third Schedule to the 1999 constitution and order of court declaring all the appointments so far made null and void for violating the federal character.

The suit was supported with 23 paragraph affidavit deposed to by the plaintiff.
A date is yet to be fixed for hearing on the case.

Mr. Buhari has come under fire for what many see as lopsided appointments with more slots apparently going to the northern region. The president is from Katsina state in Nigeria’s northern region.