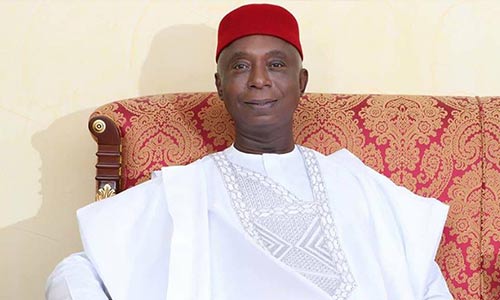 *To commence hearing May 22

The Court of Appeal in Abuja on Tuesday, ordered Ned Nwoko to respond within six days to the two appeals filed by the incumbent senator representing Delta North Senatorial District in the National Assembly, Senator Peter Nwaoboshi and Peoples Democratic Party (PDP).

The order was made following an application for accelerated hearing of the two appeals filed by Nwaoboshi and the PDP against the decision of the Abuja division of the Federal High Court, which nullified the emergence of Nwaoboshi as candidate of the PDP in the recently concluded National Assembly election.

Justice Ahmed Mohammed of the Federal High Court had in a judgment delivered on April 3, 2019, nullified Senator Nwaoboshi’s nomination for the senatorial district’s election that was held on February 23, 2019.

Issues raised by Nwaoboshi in the appeal include; whether the trial court was right when it held that this suit filed on December 11, 2018 was not statute barred in the light of the 14 days allowed in Section 285 (9) of the Fourth Alteration to the Constitution of the Federal Republic of Nigeria 1999 (as amended).

“Whether the lower court was right to have assumed jurisdiction on the ground that the Plaintiff ( Nwoko) had earlier filed Suit No. CV/ 3086/18 on October 19, 2018 challenging the same primary election of October 2, 2018, before the High Court of the Federal Capital Territory, Abuja, which was withdrawn and struck out on December 10, 2018.

‘Whether the learned trial court would have arrived at the conclusions it reached and proceeded to grant Nwoko’s prayers contained in his originating summons against the appellant (Nwaoboshi) had it properly evaluated the evidence before it, and had applied the law correctly”.

Nwaoboshi is contending that the trial court erred in law when it held that the 14 days time allowed by the constitution stopped running in view of Nwoko’s previous action on the subject matter before the High Court of the Federal Capital Territory, Abuja in Suit CV/ 3086/18, which was withdrawn and struck out on December 10, 2018.

Nwaoboshi is also contending that by the said grounds the Suit No. CV/ 3086/18, was itself statute barred as it was filed on 19th October 2018 outside of the 14 days time allowed, adding that it was not capable of giving jurisdiction to the trial court.

He further said that the conditions precedent for the court to exercise jurisdiction was not fulfilled, therefore the suit was dead on arrival for being statute barred.

Nwaobshi told the court that contrary to the claim of the respondent he won the PDP primary election of October 2, 2018, which was the issue complained of in the originating summons filed by Nwoko.

When the matter was called on Tuesday, Senator Nwaoboshi’s lawyer Anthony Idigbe SAN, informed the Court that they had filed an application to abridge time within which the appeal should be heard because the respondent refused to respond to the appellant briefs of argument.

He said that the judgment being challenged was delivered on 3rd April, 2019 and that by the constitutional provision the appeal will expire on 3rd June ,2019, therefore the court should limit the time allowed for the respondent to respond to five days.

In a short ruling, presiding judge of the three-man panel of the Court of Appeal, Justice Adamu Jauro, adjourned till May 22 for hearing of the appeal and ordered Nwoko and INEC to file their responses within the next six days while Nwaoboshi has just one day to reply.