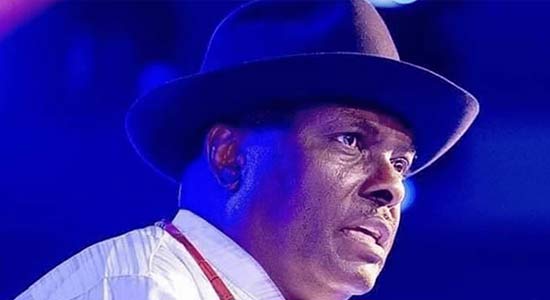 Delta State government on Tuesday insisted that the £4.2 million Ibori-linked loot must be spent on projects in the Southsouth state.

The state government suggested that the money can be used for the funding of important road projects in Warri, Agbor, Abraka, Sapele, Igheli, Effurum and Asaba, the Delta state capital.

In its second letter requesting for the release of the £4,214,017.66 repatriated by the British Government to the Federal Government, the state maintained that the cash must come back to it.

On May 18, Attorney-General of the Federation (AGF) Abubakar Malami, to whom the state directed its letter, said the Federal Government’s account was credited with the naira equivalent on May 10.

In the letter, the state said it will be a negation of precedent, should the Federal government carry out its plans to deploy the money on the Lagos-Ibadan Expressway, the Abuja-Kaduna Highway and the Second Niger Brigde.

The state reminded the Federal Government that should it return the cash to it as it was done when such facilities were recovered from former Plateau and Bayelsa Governors Joshua Dariye and Diepreye Alamieyeseigha.

Delta Governor Ifeanyi Okowa’s Chief Press Secretary (CPS) Olisa Ifejika, who confirmed the second letter to The Nation, said: “There have been precedents. When such funds were recovered for Plateau and Bayelsa, they were given to the two states. So, the same rule should apply in Delta’s case.

“Now that it has been established that the money belongs to us, our Attorney-General and Commissioner for Justice has written another letter to the AGF requesting that the money be spent on projects in Delta State.

“If the Federal Government does not want to release the cash, they can deploy it on their own (federal) projects which they have abandoned in our state and on the completion of on-going state projects.

”We have identified for them the Asaba-Illah-Ibiaja Highway; the deplorable Benin-Warri section of the East-West Road and the Agbor-Abraka-Sapele Highway.

“The on-going state projects are the dualisation of the Ugheli-Asaba Expressway; the Warri/Effurun Erosion Control and Warri/Uwvie Storm Water Control Erosion Road.