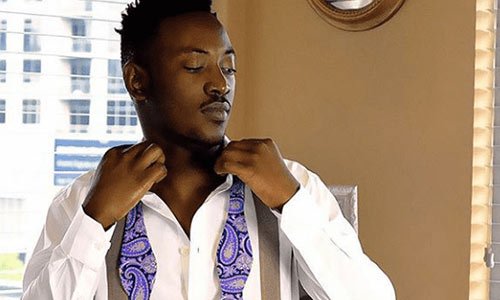 Popular musician, Johnson Oyindamola, popularly known as Dammy Krane, is set to be arraigned by the police on Monday.

The singer will be arraigned on three counts bordering on threat to life, defamation, and conduct likely to cause a breach of peace.

A copy of the charge sheet obtained by Punch newspaper showed that the Afropop singer would be arraigned on three counts before an Igbosere Magistrate Court in Lagos.

According to the court document marked B/56/2019, the musician threatened the lives of staff members of betting company, Merrybet Gold Limited, on July 25, 2019, and also released a song in which he accused the firm of breach of contract.

Our correspondent learnt that the musician got into trouble after a sport betting company, Merrybet Gold Limited, wrote a petition to the police accusing the musician of threats and cyber bullying.

The musician was said to have attended a game show sponsored by the betting company but lost.

However, Dammy Krane was said to have demanded some money for appearing on the show. The firm disagreed, insisting that the sum was only given to winners.

The musician was also accused of conspiring with others at large to conduct himself in a manner likely to cause breach of peace and threat to life in contravention of Section 412 of the Criminal Law of Lagos State of Nigeria, 2015.

Dammy Krane was also alleged to have threatened public peace when he posted an audio and video message on Cool FM 96.9 in contravention of Section 168(d) of the state’s criminal law.

The charges read in part, “That you, Johnson Hunga Oyindamola and others at large on the 29th day of July, 2019, at Cool FM in the Lagos magisterial district did conspire amongst yourselves to commit felony to wit: Conduct likely to cause breach of peace and threat to life and thereby committed an offence punishable under Section 412 of the Criminal Law of Lagos State of Nigeria, 2015.”

Another charge read, “That you, Johnson Hunga Oyindamola and others at large on the same date, time and place in the aforementioned magisterial district did threaten the life of the staff of Merrybet Gold Limited and thereby committed an offence punishable under Section 301 of the Criminal Law of Lagos State of Nigeria, 2015.”

Dammy Krame who was previously signed to 2baba’s Hypertek Records is not a stranger to controversies and scandals.

His details were also updated onto the US jail base website.

According to a report published by Miami News Times at the time, he used a bogus card to book a private jet flight to Washington, D.C.

When the authorities searched him, they found seven false credit cards in his wallet.

He was released from jail in Miami after meeting his bail conditions, set at $7,500.

The 25-year-old popstar rose to prominence in 2012 after his single ”My Darling” became a hit.