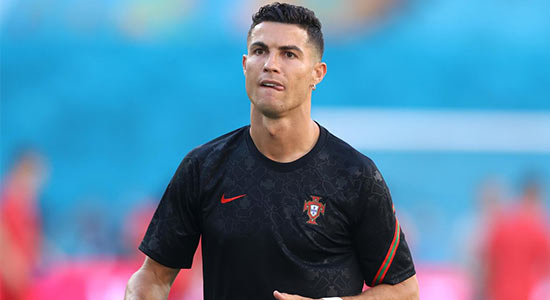 Manchester United forward Cristiano Ronaldo has been hit with an FA charge in relation to an incident after his team’s match against Everton last season.

The forward has, charged with a breach of FA Rule E3 for an incident that took place after Manchester United FC’s Premier League match against Everton FC on Saturday 9 April 2022. It is alleged that the forward’s conduct after the final whistle was improper and/or violent’.

United have issued a statement of their own. “We note the FA announcement in relation to Cristiano Ronaldo. We will be supporting the player in his response to the charge,” it reads.

Ronaldo was cautioned by the police after the incident back in April, where he appeared to smash an autistic boy’s phone to the floor. The forward later issued an apology to the 14-year-old.

“We can confirm that a 37-year-old man voluntarily attended and was interviewed under caution in relation to an allegation of assault and criminal damage,” a statement from Merseyside Police read. “The allegation relates to an incident following the Everton v Manchester United football match at Goodison Park on Saturday 9 April.

The incident in question followed a 1-0 defeat for United at Goodison Park. Ronaldo played the full 90 minutes of the match, which was decided by an Anthony Gordon goal for the home side. It was one of five defeats in the last eight games of the season for the Old Trafford side, who ended the season outside the Champions League spots.

“At full-time the United players started walking off. We were right by the tunnel – my son was there, videoing them all. Ronaldo then just walked past, with a terrible, terrible temper, and smashed the phone out of his hand,” the mother of the child involved said at the time.

“You can see by the bruise that he’s made contact. I was crying, I was shook up, Jacob was in complete shock – he’s autistic and he’s got dyspraxia as well, so he didn’t really digest what was happening until he’s come home. He’s really upset and it’s put him off going to the game again. We had an absolutely brilliant day up until those final few seconds.”

The Man Utd star has previously issued a statement of his own. In it, he apologised for his actions and offered the teenager in question, Jacob Harding, an opportunity to attend a game at Old Trafford.

“It’s never easy to deal with emotions in difficult moments such as the one we are facing,” Ronaldo said. “Nevertheless, we always have to be respectful, patient and set the example for all the youngsters who love the beautiful game.

“I would like to apologise for my outburst and, if possible, I would like to invite this supporter to watch a game at Old Trafford as a sign of fair-play and sportsmanship.”