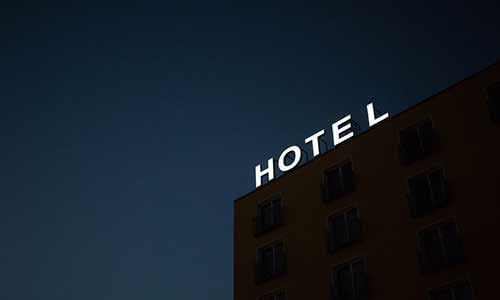 Forty one guests and workers of a hotel in Owerri, the Imo State capital, are to spend the next two weeks in quarantine after state officials monitoring compliance with regulations on COVID-19, swooped on the premises on Saturday and locked everyone in, TheNation reports.

A man who recently returned to Okpanam Community, Oshimili North L.G.A, Delta State, was arrested and forced to self-isolate after he assaulted health officials.

In Katsina State youths burnt down a police station at Kusada after the police prevented the Muslim community in the town from holding the Juma’at on Friday in compliance with government’s ban on gathering of over 50 people.

The Nation gathered that security personnel stormed the Owerri hotel at about 1am yesterday, catching everyone on the premises unawares.

They proceeded to barricade all the property’s entry and exit points.

Information Commissioner Declan Emelumba confirmed the development yesterday and said the action was taken because the hotel failed to comply with government’s directives on checking the spread of COVID-19.

These include taking the temperature of guests before checking in, and proving them with hand sanitizers.

He said the affected persons’ samples have been taken and sent to the laboratory for tests.

He hoped the government action would deter others from acting with impunity.

But another source said the officials were on the trail of a quest who recently returned to the country from abroad.

The man is suspected of not observing self-isolation for two weeks.

He said they were only told they would stay in the hotel for two weeks before their release.

The source said: “The security team arrived at 1am.They directed that nobody should go in or leave.

“They told the occupants of the hotel that we will remain in the hotel for 14 days, which I think is quarantine.”

As reporters rushed to the hotel to see for themselves what was happening, an official of the Department of State Security Services (DSS) assaulted the Owerri correspondent of Leadership newspapers Angela Nkwo-Akpolu while carrying out her official functions.

Nkwo-Akpolu was in the process of taking photographs when the security man walked up to her, removed her eyeglasses, and collected her iPad.

A swift intervention of Nkwo-Akpolu’s colleagues stopped the DSS official from slapping her.

The Delta State UK returnee had allegedly assaulted surveillance officers of the Emergency Operation Committee on COVID19 who had gone to educate him on the need to self-isolate.

The man reportedly returned from London on March 23rd and refused to self-isolate, and was allegedly moving freely without observing the 14 day self-isolation rule.

A source said residents reported the matter to the Emergency Operation Committee on COVID19, but the returnee assaulted the team members who went to his residence.

The source said the returnee was subsequently apprehended and taken to the Okpanam Police Station.

He was released and escorted home after being quizzed, The Nation learnt.

Health Commissioner Mordi Ononye, said: “Surveillance Officers who acted on information of a returnee from London that failed to self-isolate in line with government directives were assaulted by the returnee.”

Ononye in the statement by Mr. Donald Ojobo, said members of the Okpanam Community had reported of a case of a recent returnee from London who did not self-isolate.

“He said the officers who promptly responded by visiting him were assaulted by the returnee.

The returnee, it was gathered, apologised saying he was angry because he was being “treated as a leper” since his return from London.

He said his rudeness to Covid 19 surveillance officers was a transfer of aggression.

The returnee is currently under self-isolation and being monitored by security personnel, it was learnt.

Ononye said the returnee will be monitored daily by the surveillance team until the mandatory self-isolation period was completed.

The protesting youths in Katsina State also set ablaze seven cars, two motorcycles and a generator found on the premises of the police station.

Government immediately imposed a dusk to dawn on the town and some arrests made by the Police.