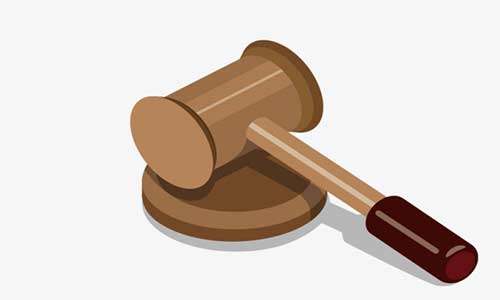 A Federal Capital Territory, Abuja High Court on Monday, said it has no jurisdiction to entertain a suit seeking to stop Architects’ Registration Council of Nigeria (ARCON) from discharging its constitutional responsibility of examining those seeking to be registered as architects.

Within a judgment that took less than 30 minutes to deliver, Justice Muawiyah Baba Idris also vacated an interlocutory order made against architects’ council on 30th July, 2019. And after analysing the arguments for and against the order and the court’s jurisdiction, the judge struck out the suit, saying only the Federal High Court has the jurisdiction to entertain such suit.

However, efforts by ARCON’s lawyer to move the court to award cost against the plaintiffs in favour of the Council met a brick wall, as Justice Idris said there was no evidence of cost incurred before him and therefore declined to make any order on cost in favour of ARCON.

The list of plaintiffs also includes Nicholas Musa, who sued for himself and other interested registered architects. Other plaintiffs, who sat for controversial Nigerian Institute of Architects (NIA) but are yet to pass through ARCON’s competency measures, who are not registered architects include Ademakinwa Olajumoke, Babjide Awonubi, Siyanbola Kukola and Emmanuel Adewunmi, who also sued for himself and other aggrieved person that sat and passed the NIA qualifying exams. They sued ARCON, NIA, Dipo Ajayi, ARCON president and Njoku Adibe, president, NIA, as first to fourth defendants respectively.

Resuming sitting Tuesday, the court was filled to capacity, and despite repeated efforts by ARCON’s lawyer to have the judgment delivered earlier, the judge in his wisdom scheduled the judgment till much later. After resuming from his short break, some minutes after midday, Justice Idris, who first reviewed the case and submissions of counsel, said having taken cognisance that ARCON was a Federal Government agency, a Federal High Court, has jurisdiction on any administrative issue, such as the plaintiffs were complaining about. ‘Having taken cognisance of the facts of this case and argument of counsels for both sides, and citing section 251 (1) of the Constitution of the Federal Republic of Nigeria, only the Federal High Court can adjudicate upon this matter. Therefore, this court lacks jurisdiction, and so, I decline jurisdiction”.

Two weeks ago, the same judge had refuted an interlocutory order purportedly claimed by the plaintiffs that the court had made against ARCON restraining it from registering new architects pending the determination of a matter before it. The Judge, in the open court, had said he never granted such order and expressed surprise where the purported order emanated from.

Although, the judge had denied the interlocutory order, however, in his judgment on Monday, the judge said: ”The order made by this court on 30th July, 2019, against the defendants, was hereby struck.” Justice Idris had issued the order following an ex parte application moved by the plaintiffs’ lawyer. Addressing the court then, ARCON’s lawyer, Nnabuike Edechime, had said that, it appeared the plaintiffs misled the court in granting such order. According to the lawyer, the said order was an attempt to hinder the ARCON from discharging its statutory functions, which included raising standards of architecture, registration of architects among others.

Responding, the Judge said: ”I never grant such order. I don’t have such order before me”, the judge insisted.

But ARCON’s lawyer, told the court of being in possession of such order and read it in the court, it was said that the error must be from the court’s registry. Moving the substantive matter, Nnabuike Edechime, ARCON’s lawyer had said the court could not grant interlocutory injunction during vacation but an interim injunction.

He said that proper parties have not been brought to the court, as both the third and fourth defendants were yet to be served. Barrister Nnabuike said being a Federal Government agency, such matter was on exclusive legislative list of the Constitution and within exclusive jurisdiction of the Federal High Court and therefore, FCT High court could not hear such matter. To them, the claimants’ suit was brought in bad faith, just to waste the precious time of the court and as a ploy to distract the first defendant from discharging its statutory duties.

He then urged the court to dismiss to dismiss the suit, adding that it is vexatious, and an attempt to waste the precious time of the court. Responding, counsel to the applicants, S.N Mbaezike, who contended that all the processes filed by ARCON were done out of time, could not be attended to by the court. Responding to the issue of ex parte application upon which the purported interlocutory order was granted, plaintiffs’ counsel said he never moved motion ex parts but motion on notice. He added that the error must have been committed by the registry.