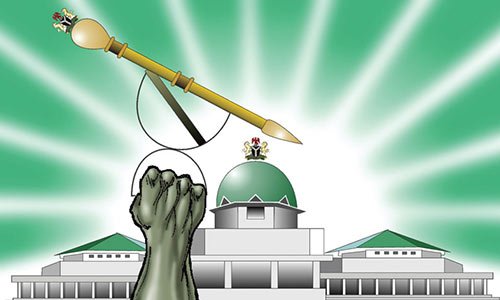 A Federal High Court sitting in Port Harcourt yesterday has restrained the National Assembly, Department Of State Security (DSS) and the Nigerian Police from taking over and interfering in the activities of the Edo State House of Assembly (ESHA).

The Honourable Justice Adamu Turaki Mohammed, presiding over the case with Suit No: FHC/PH/CS/159/2019 and with the Clerk of the National Assembly, The President of the Senate, The Speaker of The House of Representatives, Inspector General of Police, State Security Service and the Governor of Edo State as defendants; granted an order upon a Motion Exparte dated and filed on the 24th day of July 2019, on behalf of the Plaintiffs/Applicant; HonYekini O. Idiaye, Deputy Speaker Edo State House of Assembly and Henry Okhuarobo, member representing Ikpoba-Okha Constituency in the Edo State House of Assembly.

In the order granted, the court restrained the 1-3 defendant /respondents their servants, agents, officers or prives from interfering or taking over the legislative functions of the ESHA pending the determination of the Motion on Notice.

The order is also restraining the governor from issuing another proclamation letter.