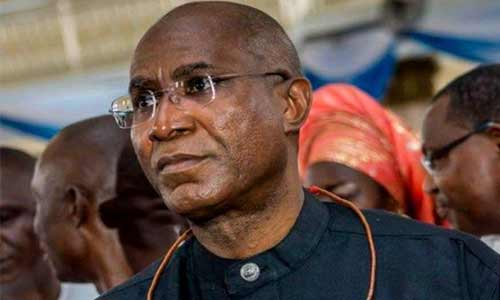 The Appeal Court sitting in Benin, Edo state, has struck out the judgement of an Asaba, Delta state, High Court, which had declared Chief Cyril Ogodo-led executives council of the All Progressives Congress (APC) as the authentic council of the party in Delta state.

With this latest Appeal Court judgement, delivered in Benin on Friday, Senator Ovie Omo-Agege, representing Delta Central in the Senate and other candidates produced by the Jones Erue-led state executive committee, remain the authentic candidates in the 2019 election.

Recall that Justice Toyin Adegoke, on March 18th, 2019 in her judgement in suit number FA/ASA/CS/76/2018, declared the plaintiff, Cyril Ogodo, the authentic chairman of APC, sacking Jones Erue faction that produced Senator Ovie Omo-Agege and others as candidate.

Justice Toyin Adegoke also held that the primary election conducted by the Jones Erue leadership was null and void. She further invalidated the nomination of Ogboru, Senator Ovie Omo-Agege and other candidates nominated by the Erue leadership for the 2019 elections.

Upturning the judgement of the lower court in a unanimous judgment delivered by Justice Mohamad Shuaibu the court struck out the case for lack of jurisdiction.

Justice Shuaibu who anchored his judgement on technicalities, holds that the lower court has limited jurisdiction, and that in inter party matters, the Federal High Court lacks jurisdiction to entertain and therefore the case is struck out.

Reacting to the judgment, Chief Cyril Ogodo whose faction was earlier declared as the authentic executive of the party in the state has vowed to challenged the judgement at the Supreme Court.

Ogodo urged his supporters to remain calm, saying, “all hopes are not lost, God has the final say, we shall meet at the Supreme court.”