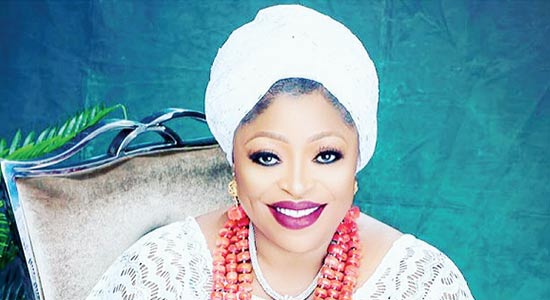 Justice Peter Lifu of a Lagos Federal High Court, today, fixed January 14, 2022, for the hearing of the application seeking to quash criminal charge of $32m fraud, filed against a businessman and socialite, Princess Toyin Kolade and 10 others, for allegedly defrauding Access bank of the sum of $32 million USD.

The office of the Attorney-General of the Federation (AGF) had dragged 11 defendants before the court on charges bordering on Conspiracy, Obtaining by false pretence and fraud of $32 million USD. Other defendants in the charge are; four India Nationals, Prem Garg, Devashish Garg, Bhagwan Simgh Rawat and Mukul Tyagi and two Britons, Marcus Wade and Andrew Fairie, said to be at large.

However, her lawyer, Mr Dele Adesina SAN filed a motion before the court on Friday asking the court quash the charge preferred, against the 7th and 10th Defendants/Applicants. In the alternative, he seeks the court to strike out the names of the 7th and 10the defendants in the charge for the following reasons:

The Charge and the proof of evidence failed to disclose any prima facie case and/or link or connect the 7th and 10th Defendants/Applicants to the commission of the alleged offences charged.

The 7th Defendant/Applicant is a clean, clear and responsible personality in the Society and it will be unfair and unjust to drag her name and that of her Company (the 10th Defendant/Applicant) doing a lawful business into a criminal trial for offences they know nothing about.

In a 24 paragraph affidavit deposed to by Abdul-Malik Abdul-Mutalib, a lawyer in Adesina’s law firm, the defendants have been doing clearing Business at the NPA for many years without any blemish or stain whatsoever. “The Defendants/Applicants are Natural and Corporate Citizens doing honest, lawful and responsible clearing business with sustained credibility in Nigeria.

In this particular case, the defendants averred that they were never privy or parties to the loan application, negotiation and agreement as they were not the parties that applied for the facility granted by either the Access Bank or the FCMB, neither were they beneficiaries at any point in time of the said facilities.

He averred further that the defendants were contacted by the eighth defendant, Metal Africa Steel Products to clear their goods it imported. The consignment bears the name of Metal Africa Steel Products Limited (the 8th Defendant) as the Consignee of the goods to be cleared, and by the ordinary course of business, the name of the consignee must be processed in the Pre-Arrival Reassessment Report (PAAR).

“Form C 16 titled “The Combined Certificate of Value and Origin” (CCVO), which is invoice number CF/96954 of 7th April, 2016 confirms the name of the 8th Defendant as the Consignee of the Steel Billets.
The consignment did not bear the Name of Access Bank Plc or any bank at all. The usual trade practice in clearing business at the Port Authority is that if a consignment is in the name of a Bank, no clearing agent or person has the right/power to clear such consignment without express order or authorization of such Bank as the consignee.

At the last hearing of the suit on November 9, Justice Lifu had ordered the prosecutor, Dr. Pius Akutah, and Mr. Dele Belgore (SAN), counsel to the third, fourth and ninth defendant to address the court on Section 396(2) of ACJA 2015. The court order was sequel to a similar application to strike out or quash the charge, brought by Mr. Belgore (SAN) but countered by the prosecutor. Another counsel, who Mr. Dada Awosika (SAN) who represented first, Second, fifth, sixth defendants, also brought similar applications.

On Friday Dr. Akutah, informed the court that the business of the day was the arraignment of the defendant. But this was made impossible, as Mr. Adesina notified the court about the application he filed and served the other parties and the court.

Following the request made by both Awosika and Adesina, the court asked the prosecutor what he intended to do with the defendant, Princess Akolade, who was in court.

In response, the prosecutor asked the court to remand her in custody, but I’m alternative, to order her counsel to undertake to produce her at the every adjourned date. With the Submissions of counsel to the parties, Justice Lifu, while adjourning the matter till January 14, for adoption of addresses on section 396(2) of ACJA, 2015, released Princess Akolade to her Counsel, Mr. Adesina (SAN) has undertaken to produce her at the next adjourned date.