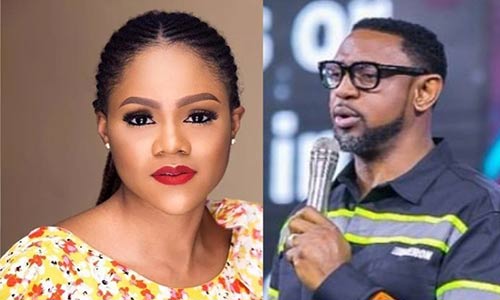 A Federal Capital Territory High Court sitting in Bwari has dismissed a suit filed by photographer, Busola Dakolo, against the Senior Pastor of the Commonwealth of Zion Assembly, Pastor Biodun Fatoyinbo.

Justice Othman Musa, while delivering his judgment on Thursday awarded the cost of N1m personally as a fine to Dakolo’s lawyer Pelumi Olajengbesi.

In 15 pages certified True copy of the judgment obtained by TheNigerialawyer(TNL), Justice Othman stated that that the lawsuit bought by Busola amounted to “an injustice and an abuse of judicial process.”

The judge wrote that “What is left in the suit is sentiment and the case is soaked in emotions and ferried into the court by the claimant (Dakolo) riding on the thick clouds of burgeoning sentiments.”

While the judge acknowledged the sensitivity surrounding rape claims and the compassion they ordinarily attract, he added that it would be an act of ‘grave injustice’ to ask the defendant to defend the allegation in the absence of necessary evidence.

His Lordship added that “dormant claims such as this have injustice written all over it.”

He said, “No matter how one views the claim, having compassion, that an issue such as rape is pleaded herein, it is my view that notwithstanding the statute of limitation, it will occasion a grave miscarriage of justice to ask the defendant to defend an action that is well over 16 years.

Giving reasons for his judgment, Justice Musa wrote: “The claims carry more of cruelty in them than justice. There are no new facts resurrecting the broken chain of causation in the instant action whereas in this case, the claimant ought to demonstrate the reason why the action was not filed for over 16 years.

“This, she ought to have done by claiming, for instance, due to DNA evidence, they have been able to discover new facts that were allegedly not available and tie the said DNA to the defendant. This is not the case in the instant action.

“It is for all the reasons I advanced herein before, that I declare this action a vehicle of injustice, judicial intimidation and thorough abuse of judicial process carrying in it an overload of dormant claim and injustice, it must and is hereby dismissed. I hereby award the cost of one million naira (N1, 000, 000) against the claimant’s client personally.”

Justice Musa added that he would have ordered Dakolo’s lawyer to pay “10 times the amount” but “in the interest of women who have cases that are dormant, the court shall always encourage them to come forward.”