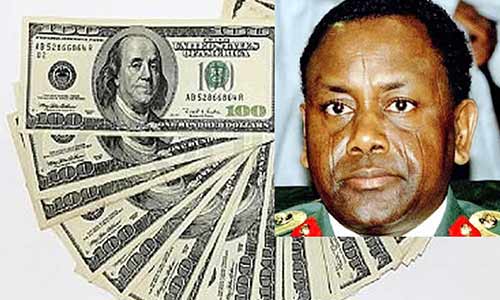 A Federal High Court in Abuja has dismissed a suit challenging the appointment of some groups to monitor the deployment of the $300million recovered Abacha loot.

Justice Inyang Ekwo, in a judgment on Friday, upheld the preliminary objection raised by the defendants and found that the suit was statue barred.

Justice Ekwo also found that the plaintiffs failed to establish their legal personalities, having not supplied any evidence of their registration as legal entities.

The judge proceeded to consider the case on its merit and, after analysing evidence presented by the plaintiffs, found that they tendered unreliable documentary evidence and were unable to prove their case.

Justice Ekwo said: “I have said that this Court is deciding this case upon its peculiar facts and circumstances. This type of action is such that must succeed on its own strength and not on the weakness or failure of the defence.

“I can safely say, at this point, that I am unable to ascribe probative value to the documentary evidence in this case.

“My finding therefore is that there is no credible evidence to support this case and it fails and I so hold.

“I make an order dismissing this case for lack of credible evidence. This is the judgement of this court,” the judge said.

The plaintiffs had sued to challenge their alleged unlawful exclusion from among those selected to monitor the implementation of a tripartite agreement entered between the Federal Government of Nigeria, the United States Government and the Bailiwick of Jersey.

The agreement is for the implementation of the recovered $300 million Abacha loot to fund the completion of the Second Niger Bridge, the Abuja – Kano road dualisation and the Lagos – Ibadan expressway.

The plaintiffs, under the name: PPP Advisories Consortium, claimed to be one of the four prequalified consultants, out of the 17 consultants that submitted proposals to the Federal Ministry of Justice following an invitation to that effect by the ministry.

The plaintiffs alleged that the Federal Government’s procurement panel arbitrarily disqualified them and recommended the firm that allegedly came fourth (Cleen Foundation) as the preferred bidder to be awarded the contract.

They had prayed the court to among others, declare that their disqualification by the defendants as communicated via a letter dated 28 July 2020 wherein their technical/financial bids submitted were not adjudged responsive due to the fact that the lead partner is not a registered Civil Society Organization is wrongful, illegal and void, on the grounds that they satisfied the requirements of the Request for Proposal (RfP) in respect of the Monitoring of the Implementation of the Tripartite Agreement for the sharing, transfer, disposition, repatriation and management of forfeited Assets and the entire bidding process.

The plaintiffs equally prayed the court to make an order setting aside the decision of the procurement panel, which adjudged its technical and financial proposal as non-responsive.

They urged the court to make an order directing the defendants to issue a letter declaring them as the winning bidder, and invite them for negotiation, having achieved the highest score and therefore emerged the winner of the bid.