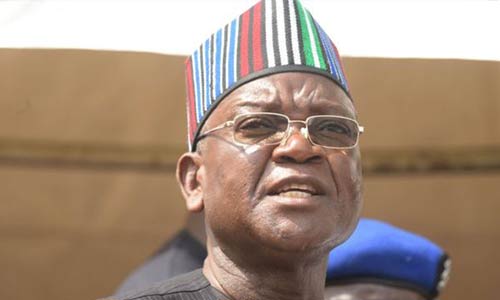 The court also awarded N200, 000 each as cost against the appellants.

The trios are respondents in Emmanuel Jime and the All Progressive Congress (APC) petition at the tribunal holding at Makurdi.

The five (5) Man appeal panel led by Hon. Justice Jummai H. Sankey while dismissing the appeals in a unanimous decision described the appeals as lacking in merit and abuse of court process.

INEC, Samuel Ortom and the PDP had, in separate appeals approached the Court of appeal to challenge the decision of the lower court (Tribunal) to reserve ruling on applications file before it till the final day of judgement.

They appellants variously argued and submitted before the appeal court that differing ruling on applications to the last day of judgement amount to denial or breach of fair hearing.

But in its ruling, the appeal court declared that the appellants failed to show course on how their right to fair hearing is breached or threatened.

Read Also; Confusion over succession at Federal High Court
“We have painstakingly looked at the arguments canvassed by the applicants but failed to see where and how their right for fair hearing is breached.

“We rather found out that the cry for denial of fair hearing is speculative, and since speculation has no place in law, we hereby declare that this appeal is lacking in merit and is hereby dismissed.

J .H Sankey addressing counsels in court after delivering judgement on the three appeals said, “we are doing everything possible to discourage these appeals brought before us in piecemeal.

“Counsels should educate their client on the need to wait till judgement is delivered at the lower court before approaching the appeal court.”