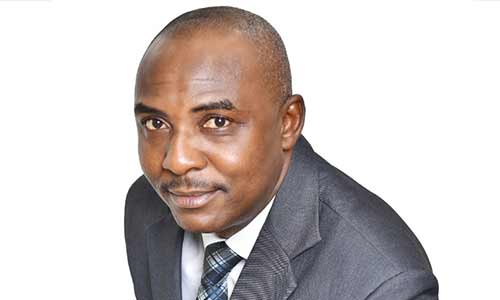 By Moses A. Ebute, Esq

The Supreme Court of Nigeria is the highest Court of the land and is a creature of the Constitution of the Federal Republic of Nigeria 1999 (as amended): See Section 230 (1) which provides;

“(1) There shall be a Supreme Court of Nigeria.”

“ 10 (1) The Supreme Court shall be duly constituted if it
consists of not less than five Justices.”

The essence of this work is to decipher the minimum number of Justices that the court must have or consist of at every point in time. The statutory provision for this is as contained in Section 230 (2) of the Constitution. It provides;

“ 230 (2) The Supreme Court of Nigeria shall consist of-
The Chief Justice of Nigeria; and

Such number of Justices of the Supreme Court, not exceeding twenty-one, as may be prescribed by an Act of the National Assembly.”

From the provisions above, it can be seen that the court may have up to twenty- two (22) Justices but certainly not more than that.
However, that is not to say that where the number of justices is less than 22, the court cannot function or exercise its jurisdiction.

(2) The Court of Appeal shall consist of-

a president of the Court of Appeal; and

The only saving grace the apex court enjoys currently is the provision of Section 234 of the Constitution on the number of Justices that is required to hear a case (either 5 or 7 as the case may be).

By the said provision (S. 234), the court must at every point in time have a minimum of just eight (8) justices. This is even inclusive of the Chief Justice of Nigeria.

Therefore, in order to correct this anomaly, it is germane and crucial that Section 230 of the Constitution and Section 3 (1) of the Supreme Court Act be amended to specify the minimum number of Justices the court must consist of at any and every point in time as is the case with the Court of Appeal.

It is also suggested that the National Judicial Council (NJC) should nominate more Justices for appointment to the Supreme Court to meet up the maximum number of twenty-two (22) as provided in Section 230 of the Constitution.

By the combined provisions of paragraphs 13 (a) & 21 (a) of the 3rd Schedule Part 1, of the Constitution (supra), the NJC upon the advice of the Federal Judicial Service Commission has the statutory power to nominate and recommend the appointment of justices of the Supreme Court to the President.

In the case of the INEC, it knows when the tenure of those elected into the executive and legislative organs of government, both at the Federal and state levels, are billed to expire. It fixes dates for the various elections, prepares for and conduct the elections ahead of time. Therefore, at every point in time both organs of government enjoy continuity as those elected are immediately sworn in to take over from those whose tenure would have expired.

“(2) Any person holding the office of Chief Justices of Nigeria or a Justice shall vacate that office when he attains the age of seventy years.”

Therefore, nothing stops the same NJC from setting the necessary machinery in motion to nominate and recommend the replacement of a soon-to-retire Justice of the Supreme Court even months or weeks ahead.

Therefore, if this feat is achieved, both retirement of a serving Justice and his immediate replacement can be done the same day or the same week.

It is instructive to note that executive and legislative organs both have their full complements of officers and members to carry out their functions at every point in time. It is only the judicial arm that suffers from deficit of officials/ judges/ justices and at times this deficit is self inflicted. Let us learn to do the right thing at the right time.

(3) Any appointment under subsection (2) of this section by the President shall be in conformity with the provisions of section 14 (3) of this Constitution: –

Provided that in giving effect to the provisions aforesaid the President shall appoint at least one Minister from each State, who shall be an indigence of such State.”

In practice however, apart from appointing 36 ministers as provided by law, the President has the luxury of going the extra mile to appoint a minister from each of the six (6) geo-political zones of the country. Thereby making a total of at least 42 ministers.

It is said that what is good for the goose is good for the gander. The Supreme Court should not be an exception in this regard. It may not be able to have more than 22 justices but at least it should have up to that number at every point in time. This will correct the current and persistent anomaly and guarantee better and more efficient dispensation of justice by the Court.