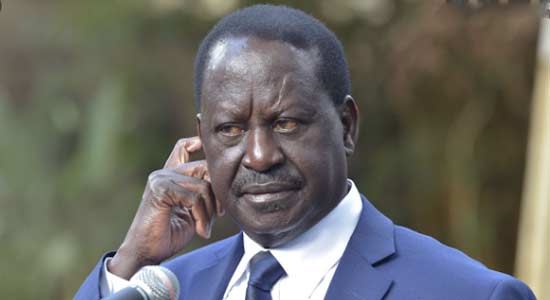 “What we saw yesterday (Monday) was a travesty and a blatant disregard of the constitution of Kenya,” Odinga said while addressing a press conference on Tuesday, a day after the results were declared by the electoral body of Kenya, where Ruto was announced winner, the Agence France-Presse reports.

However, on Monday, the head of Kenya’s election body declared Deputy President William Ruto the winner of the country’s close-fought presidential election. This was as several commissioners of the electoral body rejected the results.

Elections in Kenya have history of political crises, with opposition often challenging results.

Recall that In January 2006, Ruto had announced his first intention ever to vie for the presidency in the 2007 Kenyan general election. This was said to have been met with condemnation from some of his colleagues including former President Daniel Moi. However, in the formation of the Cabinet in 2008 after the election was won, amid heated political crises, by Mwai Kibaki, Ruto was appointed the Minister for Agriculture.

Ruto was was among the people indicted to stand trial at the International Criminal Court for their involvement in Kenya’s 2007/2008 political violence.