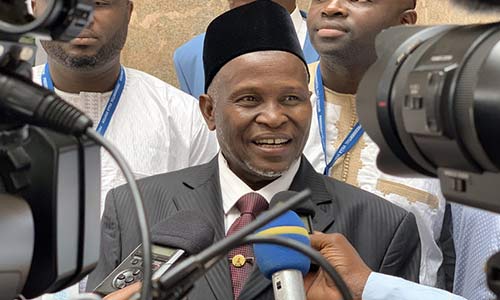 The Chief Justice of Nigeria (CJN), Justice Ibrahim Muhammad, and House of Representatives have begun moves to prevail on court workers nationwide to shelve their planned strike today.

The national headquarters of Judiciary Staff Union of Nigeria (JUSUN) issued a statement last week, directing its members nationwide to begin an indefinite strike on April 6, 2021, “until the government complies with the provisions of the Constitution and other instruments which confer or re-emphasise the financial autonomy of the Judiciary”.

Our correspondent learnt yesterday that a meeting between the CJN and leaders of JUSUN had been scheduled for around 10 a.m today at the Supreme Court on the matter.

It was gathered that the meeting, which is at the instance of the CJN, is intended to afford him the opportunity to prevail on the workers to have a rethink on the matter.

Also, the Chairman of the House of Representatives Committee on Judiciary, Onofiok Luke, yesterday urged JUSUN to shelve its planned strike.

He said the House understood and shared the concerns of the union on the financial autonomy, however, appealed to the union to momentarily shelve the planned strike and give the committee time to engage the governments towards resolving the issue.

Luke said: “The attention of the House Judiciary Committee has been drawn to the planned nationwide strike by the Judiciary Staff Union of Nigeria (JUSUN) on the failure of the governments to implement the financial autonomy of the judiciary.

“It is in this vein that the committee calls on the union to stand down on its proposed strike while we engage with the government both at the federal and state levels towards resolving the outstanding issues.”

The committee stressed that the House under the leadership of the Speaker, Hon. Femi Gbajabiamila, takes the concerns involving the judiciary seriously.

The committee noted that the House has constantly canvassed for financial autonomy, better welfare and conditions of service for both judicial officers and judiciary staff.

It stated this is because the committee understands that financial independence is synonymous with an independent judiciary that can execute justice and adjudicate over the interests of the citizens and residents without fear or favour.

The House committee noted that while the cause of the union is desirable, it may at the moment expose litigants to untold hardship and limit their access to justice.