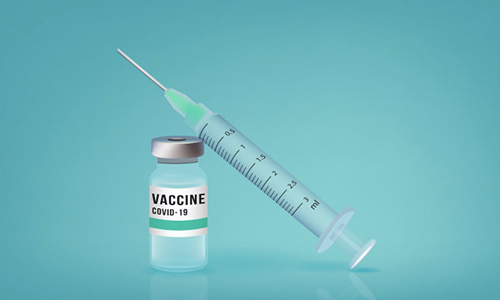 Injections of Johnson & Johnson’s single-dose coronavirus vaccine came to a sudden halt in much of the country on Tuesday after federal health agencies called for a pause in the vaccine’s use following the emergence of a rare blood clotting disorder in six recipients.

All six were women between the ages of 18 and 48 and all developed the illness within one to three weeks of vaccination. One woman died and a second woman in Nebraska has been hospitalized in critical condition.

Nearly seven million people in the United States have received Johnson & Johnson shots so far, and about nine million more doses have been shipped out to the states, according to data from the Centers for Disease Control and Prevention.

“We are recommending a pause in the use of this vaccine out of an abundance of caution,” Dr. Peter Marks, director of the Food and Drug Administration’s Center for Biologics Evaluation and Research, and Dr. Anne Schuchat, principal deputy director of the C.D.C., said in a joint statement. “Right now, these adverse events appear to be extremely rare.”

Today FDA and @CDCgov issued a statement regarding the Johnson & Johnson #COVID19 vaccine. We are recommending a pause in the use of this vaccine out of an abundance of caution.

While the move was framed as a recommendation to health practitioners, the impact was immediate. Within two hours of the announcement, Gov. Mike DeWine of Ohio, a Republican, advised all health providers in his state to temporarily stop giving Johnson & Johnson shots. New York, Connecticut, Nebraska and several other states quickly followed suit.

The federal government temporarily halted administration of the shots by the U.S. military, providers at federally-run sites and CVS and Walgreens, two pharmacy giants that participate in a federal vaccination program, officials said.

Dr. Janet Woodcock, the acting commissioner of the F.D.A., said at a news conference Tuesday that the pause was only expected to last “a matter of days,” although she said the time frame depends on “what we learn in the next few days.” Dr. Schuchat said at the same briefing that the pause was enacted in part to “prepare the health care system to recognize and treat patients appropriately.”

Scientists with the F.D.A. and C.D.C. will jointly examine possible links between the vaccine and the disorder and determine whether the F.D.A. should continue to authorize use of the vaccine for all adults or modify the authorization, possibly limiting it to certain population groups. An emergency meeting of the C.D.C.’s outside vaccine advisory committee has been scheduled for Wednesday.

The move could complicate the nation’s vaccination efforts at a time when many states are confronting a surge in new cases and seeking to address vaccine hesitancy. Regulators in Europe and elsewhere are concerned about a similar issue with another coronavirus vaccine, developed by AstraZeneca and Oxford University researchers, that has not been authorized for emergency use in the United States. At the news conference, Dr. Marks drew a connection between the two vaccines, saying the cases involving rare blood clots were very similar.

The vast majority of the vaccine supply in the United States comes from two other manufacturers, Pfizer-BioNTech and Moderna, which together deliver more than 23 million doses a week of their two-shot vaccines. Federal officials stressed Tuesday that there have been no significant safety concerns about either of those vaccines.

But while shipments of the Johnson & Johnson vaccine have been much more limited, the Biden administration had still been counting on using hundreds of thousands of doses every week. In addition to requiring only a single dose, the vaccine is easier to ship and store than the other two.

Mark D. Levine, a New York City councilman, lamented on Twitter that the pause would be a “huge setback” for the city’s vaccination program, which he said relies “entirely on J & J” to inoculate the homebound, reach small private doctors’ offices and supply mobile vaccination vans.

“NYC now has the biggest messaging challenge yet in vaccination,” he wrote. “We have to do everything possible to avoid a collapse in confidence in vaccination overall.”

Jeffrey D. Zients, the White House Covid-19 response coordinator, said Tuesday the pause “will not have a significant impact” on the nation’s vaccination program, and that the administration will still “reach every adult who wants to be vaccinated.”

With the Johnson & Johnson setback, federal officials expect there will only be enough to cover fewer than 230 million adults, roughly 30 million shy of the total adult population. But a certain percentage of adults are expected to refuse shots, despite public campaigns to convince them, so the supply may cover all the demand.

Federal officials are concerned that doctors may not be trained to spot or treat the rare disorder if recipients of the vaccine develop symptoms of it. They said on Tuesday morning that a standard treatment for blood clots – use of an anticoagulant drug – could be dangerous or even fatal in such cases.

Dr. Schuchat, the C.D.C. official, said that the risk of dangerous blood clots was “very low” for people who received Johnson & Johnson’s vaccine more than a month ago.

“For people who recently got the vaccine within the last couple of weeks, they should be aware to look for any symptoms. If you receive the vaccine and develop severe headaches, abdominal pain, leg pain or shortness of breath, you should contact your health care provider and seek medical treatment,” she said.

Johnson & Johnson said in a statement that “at present, no clear causal relationship has been established between these rare events and the Janssen Covid-19 vaccine.” Nonetheless, the firm said, it was delaying the rollout of its vaccine in Europe. Janssen is the name of Johnson & Johnson’s division that developed the vaccine.

In the United States alone, 300,000 to 600,000 people a year develop blood clots, according to C.D.C. data. But the particular blood clotting disorder that the vaccine recipients developed, known as cerebral venous sinus thrombosis, is extremely rare. Dr. Schuchat described the condition as “a severe strokelike illness linked to low platelet counts.”

All of the women developed the illness within about one to three weeks of vaccination, with a median time of nine days. The Nebraska woman who is now hospitalized is in her late 40s and developed blood clots two weeks after her shot, state health officials said.

Government experts are concerned that the blood clots are linked to an immune system response triggered by the vaccine. Federal officials said there was broad agreement in the senior ranks of the administration about the need to pause use of the vaccine while the cases are investigated.

Dr. Marks said that the federal government was not issuing an order to suspend the vaccine, adding that health providers may decide that for a particular patient, the benefits of a shot outweigh the risks. “We’re not going to stop that provider from administering the vaccine because it could be right,” he said.

The decision is a fresh blow to Johnson & Johnson. Late last month, the company discovered that workers at a Baltimore plant run by its subcontractor had accidentally contaminated a batch of vaccine, forcing the firm to throw out the equivalent of 13 million to 15 million doses. That plant was supposed to take over supply of the vaccine to the United States from Johnson & Johnson’s Dutch plants, which were certified by federal regulators earlier this year.

The Baltimore plant’s certification by the F.D.A. has now been delayed while inspectors investigate quality control issues, sharply reducing the supply of Johnson & Johnson vaccine. The sudden drop in available doses led to widespread complaints from governors and state health officials who had been expecting much bigger shipments of Johnson & Johnson’s vaccine this week than they got.

States have been using the vaccine in a broad range of settings, including at mass vaccination sites and on college campuses. The vaccine’s one-shot approach has proved popular, and officials have directed it to transient, rural and isolated communities where following up with a second dose is more complicated.

It is common for regulators to investigate “safety signals” in new vaccines and other medical products. Very often, the signals prove not to be of concern. But the concerns about Johnson & Johnson’s vaccine mirror concerns about AstraZeneca’s, which European regulators began investigating last month after some recipients developed blood clots.

Out of 34 million people who received the vaccine in Britain, the European Union and three other countries, 222 experienced blood clots that were linked with a low level of platelets. The majority of these cases occurred within the first 14 days following vaccination, mostly in women under 60 years of age.

On April 7, the European Medicines Agency, the main regulatory agency, concluded that the disorder was a very rare side effect of the vaccine. Researchers in Germany and Norway published studies on April 9 suggesting that in very rare cases, the AstraZeneca vaccine caused people to make antibodies that activated their own platelets.

Nevertheless, the regulators argued, the benefit of the vaccine — keeping people from being infected with the coronavirus or keeping those few who get Covid-19 out of the hospital — vastly outweighed that small risk. Countries in Europe and elsewhere continued to give the vaccine to older people, who face a high risk of severe disease and death from Covid-19, while restricting it in younger people.

AstraZeneca has not yet applied for an emergency use authorization in the United States.

The Moderna and Pfizer-BioNTech vaccines use a different technology to produce immunity.

The first sign of concern about Johnson & Johnson’s vaccine came on April 9, when the European Medicines Agency announced that it was investigating reports of four cases of blood clots in people who received the Johnson & Johnson vaccine in the United States. One case occurred in the clinical trial that took place before the vaccine was authorized. Three occurred in the vaccine rollout. One of them was fatal, the agency said.

The regulators described these reports as a “safety signal” — a cluster of cases requiring further investigation. But they said it wasn’t clear if the vaccine caused the clots.