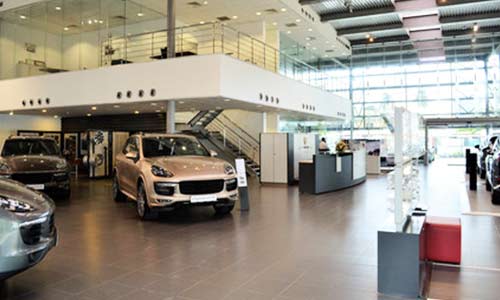 Car dealers across Lagos State, whose sales outlets were shut down by officers of the Nigeria Customs Service in search of cars smuggled via the land borders, have condemned what they describe as harassment and attempt by the NCS to label them as smugglers.

The dealers condemned the Gestapo style the shutdown was carried out and bemoaned the huge losses suffered since the exercise took place.

They added that they were responsible citizens of Nigeria contributing massively to the economy of the country through employment of a good number of Nigerians and payment of over N20bn as duty to the Federal Government.

One of the major dealers who was listed in the crackdown, Stallion Group, however, denied being affected by the exercise.

Speaking to our correspondent on Monday, the Head, Marketing, Stallion Motors, Arpita Luthra, while commending the exercise by the Customs, said the firm’s sales outlet was not affected.

She said, “Stallion Group has significantly invested in assembly plants in Nigeria and we are promoting locally-assembled new cars.

“We are not in the business of used cars at all.

“The crackdown by the NCS on certain auto dealers is a great move to stop the smuggling of used cars through the porous borders.”

Reacting to the shutdown of the firm’s car sales mart, the General Manager, Marketing and Corporate Communications, Coscharis Group, Abiona Babarinde, said the company was at loss as to what was going on.

He said Coscharis represents international companies of repute and that the action of the Customs would run counterproductive to the government’s foreign investment drive and Nigeria’s ease of doing business index.

He assured their foreign partners, customers and stakeholders that they were not involved in smuggling of vehicles.

Babarinde said, “We don’t understand what is happening yet but we cooperate with all agencies of government and if the Customs need any information about our business, they ought to ask instead of sealing our showrooms, and thereafter asking us to come for a meeting.

“They should understand the implications of shutting down our facilities because an unnamed dealership allegedly smuggled in vehicles.”

On his part, the Chairman, Globe Motors, Willie Anumudu, said he was taken aback by what the Customs did, stating that they usually came to take inventory and check chassis numbers.

“Tomorrow is holiday, but on Wednesday, after a meeting with them, we will have a clearer view of what is happening,” he said.

Another dealer in Ikeja reminded the Customs that Nigeria was not under a military regime where businesses could be shut down without notice.

He said, “We are not smugglers; we bring in our cars through the ports and pay amazing amount of money. In my compound, I have 70 cars and I pay an average of N10m for each of them.

“We add to the economy; bear in mind the number of staff that we employ. In my office alone, I have over 20 workers. We also employ people indirectly. Clearing agents, mechanics, licensing agents – all depend on us for survival.

“Even as I talk to you right now, Customs have not told us why they locked our shops. If I bring police to your house, I will at least tell you why I am arresting you. I can tell you that none of us knows what the problem is.

“They just came and locked all the shops and walked away. What they do normally is that they come in, count the number of vehicles and check our documents, which they do regularly.

“If they want to seal your place so that you do not move out any of your vehicles, they will tell you to bring the documents of all the cars. When you do so, they see them and they are happy. Easily, they can come and ask for the document of any car and we show them.”

He added, “They have told us that we have complied up to 95 per cent on the importation of cars through land borders.”