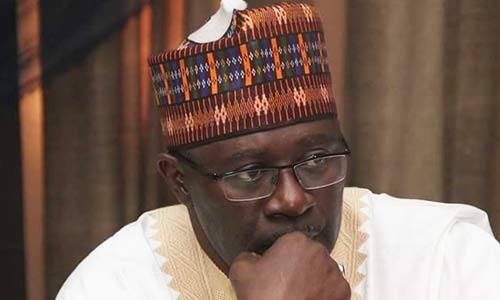 The suspension is coming months after an ongoing prosecution of Kawu by the Independent Corrupt Practices Commission (ICPC) for alleged corruption.

The most senior Director in the Commission has been directed to take over from the suspended DG.

A source in the NBC confirmed that Armstrong Idachaba, Director, Broadcast Monitoring has been given the nod to act pending outcome of the case.

The anti-graft agency had urged the federal government to suspend Kawu and 32 other public officers/civil servants undergoing corruption trial at the time.

ICPC is prosecuting Mr Kawu for “using (his) position to confer corruption advantage.”

The Commission on May 2 arraigned Kawu and two others, Dipo Onifade and Lucky Omoluwa, over alleged N2.5 billion fraud.

They are being prosecuted on 12-count charges, allegedly conspired with each other to use the position of Mr Kawu to confer a corrupt advantage on Mr Omoluwa, his friend and associate.

The trio pleaded not guilty and were granted bail.

Kawu allegedly asked Mohammed to approve payment of N2.5 billion to Pinnacle Communications Ltd owned by Mr Omoluwa as “Seed Grant” under the Digital Switch-Over Programme of the federal government.