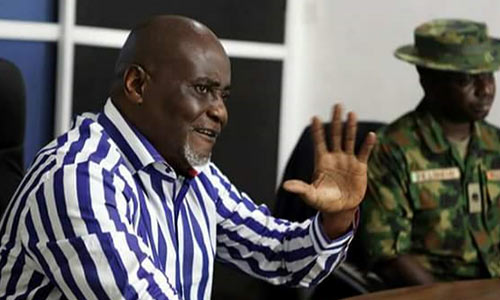 Garba Shehu, the presidential spokesman, broke the news in a statement, saying Milland Dikio has been appointed as interim coordinator of the programme.

“This followed the President’s approval of the disengagement of Prof. Charles Quarker Dokubo from Office as the Coordinator, Amnesty Programme with immediate effect.

“Prof. Dokubo has been directed to hand over all official matters to the most senior officer of the Programme.

“President Buhari appreciated the services of Prof. Dokubo to the Federal Republic of Nigeria and wished him the best in his future endeavours.”

Buhari had suspended Dokubo in February, saying the action was in line with the recommendation of a caretaker committee set up to look into allegations and petitions against him.

The committee was asked to ensure that allocated resources are properly utilised in consonance with government’s objective of alleviating problems in the Niger Delta region.

The president also directed that the caretaker committee to review the programme and oversee the running of the programme.

Dokubo had succeeded Paul Boroh, who was removed by the president in 2018 following allegations of corruption levelled against him.

Before his appointment, Dokubo was director of research and studies at the Nigerian Institute of International Affairs (NIIA).

He holds a PhD in strategic studies from the University of Bradford, United Kingdom, and hails from Abonema, Akuku-Toru local government of Rivers state.