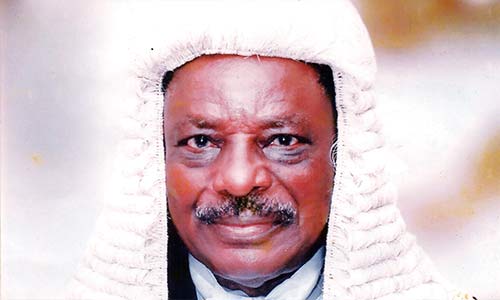 A statement issued, in Abuja, on Sunday, by Garba Shehu, Senior Special Assistant to the President (Media & Publicity) said the president joined friends and family to celebrate with the legal luminary, “whose antecedents continue to inspire many in nation-building, particularly in law, leadership and development issues.”

It said the President joined the Nigerian Bar Association and Body of Benchers, which he served as a Chairman for some years, in congratulating the statesman, “who in spite of his national and global achievements, has steadily remained relevant in community development, setting up structures and creating opportunities for others to rise in life.”

The statement noted that as the octogenarian marked another age, President Buhari commended his contributions to national development, through legal practice and law-making, gaining prominence as a two-term member of the House of Representatives and Speaker pro tempore.

The President prayed for longer life and good health for the Owelle of Ogwashi Uku.